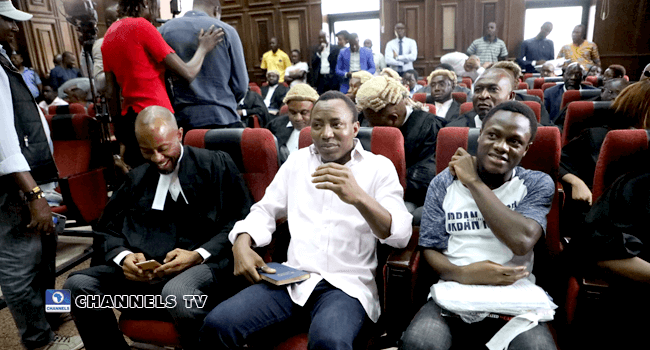 Justice Ijeoma Ojukwu of the Federal High Court has adjourned the trial of Omoyele Sowore to the 5th and 6th of December, 2019.

The adjournment is occasioned by the objections raised by Counsel to Sowore, Mr Femi Falana to the effect that the defense team was never served with the witness statement that the prosecution is relying on to proceed with the trial.

The human rights advocate insists that there is a deliberate attempt on the part of the prosecution to ambush the defense team.

This is in addition to what he terms a strange application to shield witnesses in the matter without a prior notification of the defense team.

The prosecutor, Hassan Liman disagrees as he blames the situation on the defense team, accusing them of stalling the trial.

Mr Liman also denies plans to ambush the defense team or engage in any form of secret trial.