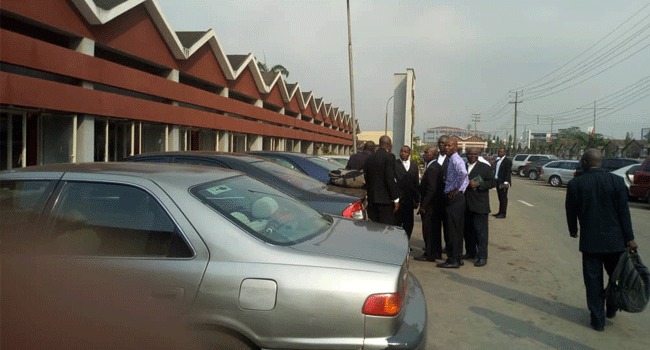 Members of the Nigerian Bar Association in Benin, the Edo State capital obeyed the directive of the body to boycott court activities.

Upon arrival at the premises, the courtrooms remained under lock and key.

The branch stationed its compliance committee at the courts to monitor and ensure that the directives are adhered to.

In Jigawa State, the lawyers shunned the directive by the NBA to boycott court activities for two days.

The Chairman of the Association in Jigawa, Barr Bashir Husaini, told journalists that they are yet to get any formal instruction from the National body.

According to him, every lawyer most support the fight against corruption and obey the rule of law.