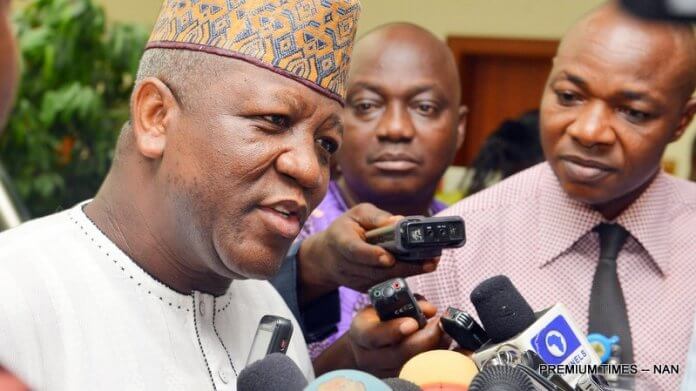 The Federal High Court Abuja, on Friday, gave the Independent Corrupt Practices and Other Related Offences Commission (ICPC) a go-ahead to freeze the Polaris and Zenith Bank accounts linked to the immediate-past Governor of Zamfara, Abdulaziz Yari, pending the conclusion of its investigation.

News Agency of Nigeria (NAN) reports that the account numbers, with United States (US) dollars and Nigerian naira, are domiciled in Zenith and Polaris Banks.

ICPC had sought the court order in an exparte motion with file number: CS/916/19 brought by its Counsel, Osuobeni Akponimisingha, to freeze the ex-governor’s accounts.

Mr Akponimisingha, who is a Senior Legal Officer with the commission, said the motion exparte was dated August 5 and filed on August 6.

The lawyer told Justice Taiwo Taiwo that the commission sought the order of the court based on the law that gives the court the jurisdiction to hear the case.

He said the motion prayed for 10 orders “and nine orders are the main while the tenth order is omnibus.”

According to him, the applicant is praying the court for an order of interim forfeiture of all the funds being proceeds of some unlawful activity allegedly stashed in the Zenith and Polaris Banks.

Mr Akponimisingha, who said the respondents did not acquire the alleged funds legitimately, said the commission received an intelligent report that the respondents involved in some unlawful activity against the interest of the Zamfara State government and by extension the Federal Government of Nigeria.

He said while the 1st respondent was the immediate-past Governor of Zamfara State, the 2nd and 3rd respondents are limited liability companies registered with the Corporate Affairs Commission (CAC) with the 1st respondent (Yari) as director and shareholder respectively.

“We pray for an order restraining any person or persons, whether human, juristic or artificial, not to part with, deal with, deal in or otherwise dispose of such property or any part thereof the said accounts pending the determination of the matter,” he said.

He also urged the judge to direct Zenith and Polaris Banks to fix the alleged proceeds of crime in the aforesaid accounts in interest yielding accounts pending the respondents show cause why the funds should not be forfeited to the Federal Government of Nigeria.

In his ruling, Mr Taiwo, who granted nine of the prayers sought by the ICPC, asked the commission to put the respondents on notice and the publication be made in The Punch Newspaper within seven days, excluding today (Aug. 16).

He also said the respondents should within 14 days file an affidavit on why the money should not be forfeited.

The judge thereafter adjourned the matter till September 11.