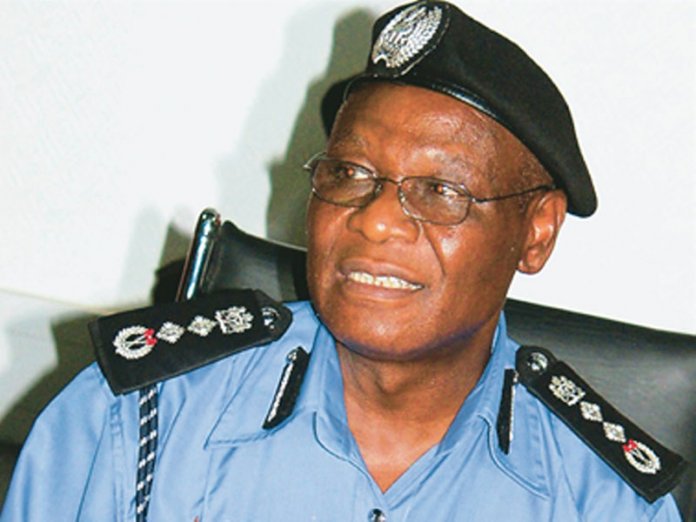 An FCT High Court Apo, on Wednesday granted a former Inspector-General of Police (IGP), Sunday Ehindero, leave to file his no-case submission out of time.

The former police boss and a Commissioner of Police in charge of finance and budget at the Force headquarters, John Obaniyi, are being tried by the Independent Corrupt Practices and Other Related Offences Commission (ICPC) before Justice Sylvanus Oriji, on an amended 10-count charge bordering on fraud, giving false statement and conspiracy.

They were accused by ICPC of misusing the sum of N557 million donated by the Bayelsa Government to the Nigerian Police Force to purchase of arms and ammunition, which they were alleged to have diverted into separate accounts belonging to them.

ICPC alleged that the defendants conspired and used their positions to place N500million being part of  N557 million  donated by the Bayelsa Government in two fixed deposit accounts.

The N500million placed in fixed deposits, according to the anti-corruption commission, yielded N16.4 million interest, which they were accused of allegedly used for personal interests.

The offence contravened the provisions of sections 26(1) and 22(5) of the Corrupt Practices and Other Related Offences Act, 2000.

Both Ehindero and Obaniyi pleaded not guilty to the charge.

Following the disclosure by the prosecution counsel, Zaynab Nass, at the last sitting on May 8 that the anti-graft agency was closing its case after calling three witnesses, Justice Oriji, had given counsel for the defendants to file a no-case submission in 14 days.

However, at the resume sitting,  Luqman Fagbemi, who held the brief of Dr Alex Izinyon, SAN, counsel for Ehindero, informed the court that they filed a motion seeking the leave of Court for an extension of time to file the no-case submission on behalf of the former IGP.

With no objection for the prosecution and the counsel for the second defendant, Samuel Odariko, Justice Oriji granted an extension of time for the first defendant to file his submission.

The case was then adjourned the case until Sept. 16 for adoption of written addresses on the no-case submission by the parties.

$9.8m Fraud Allegation: Andrew Yakubu Objects to Use of Exhibit against...