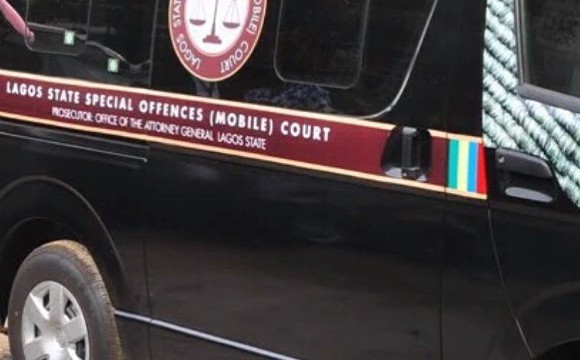 Magistrate (Mrs) Salau Omobola of the Lagos State Mobile Court has ruled that nine out of 21 vehicles whose drivers were caught driving against traffic along Oshodi-Mile 2 expressway should be forfeited outrightly to the state government while the drivers of the vehicle were sentenced to 20-hour community service.

The accused who were arrested on Tuesday evening and arraigned on Wednesday had all pleaded guilty to the offence when the charge was read to them in court. The remaining 12 drivers are at large.

According to a press release from the Lagos State Environmental and Special Offences Unit (Task Force), its enforcement team led by the Agency’s chairman, Olayinka Egbeyemi impounded the vehicles and made the arrest around Cele and Iyana-Isolo bus-stops along Oshodi-Mile 2 expressway.

“They ran into our enforcement team while we were returning from demolition exercise at Eric Moore and Orile-Iganmu along Lagos-Badagry Expressway on Tuesday evening”.

Egbeyemi disclosed that residents and motorists have been complaining seriously about the activities of drivers driving against traffic and causing serious traffic gridlock on a daily basis along the axis.

The chairman however advised the remaining 12 drivers who abandoned their vehicles and ran away to avoid arrest to immediately report to the Agency for prosecutions.