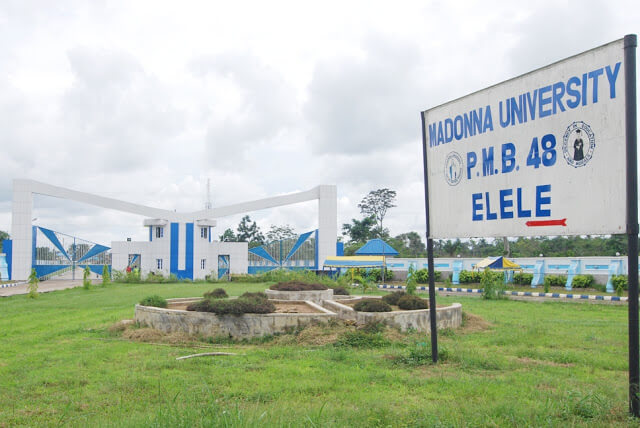 Six students and a lecturer of the Madonna University, Okija, Anambra State, who have been in detention since February, for posting ‘offensive’ messages on Facebook, have been released on bail.

They were granted bail on Wednesday by the Federal High Court in Awka, presided over by Babatunde Quadri.

The university, in a petition to the Inspector-General of Police, accused the students of tarnishing the reputation of the institution on the Internet.

One of the Facebook posts read: “Good lecturers are scarce. Madonna University administration should be nice to our lecturers, or a good number of them will resign.”

The students and lecturer were charged for offences bordering on cyber crimes.

Following the development, security operatives took them to the Okija campus of the university from where they were first detained in a police cell and then later sent to the Awka Prison.

This newspaper gathered that the parents of six students earlier protested the alleged inhuman treatment of their wards in the university and called for their release.

Also, some weeks ago, the National Association of Nigerian Students blocked the gate of the Federal High Court, Awka, to protest the arraignment of the seven.

The student body issued an ultimatum to the University, that if the case is not withdrawn within seven days, it would mobilise students from all over the country.

Some activists have also shown interest in the case and demanded their release.

On Wednesday, when the defence counsel, C. O. Igwe, applied for the defendants to be granted bail, the prosecution counsel, J. N. Oboh did not object.

“Let them be allowed to go home, but they should sign an undertaking to be of good behaviour,” Mr Oboh insisted.

Mr Quadri then gave the lawyers to the defendants two months from Wednesday to perfect their bail conditions in view of the fact that the courts would be on vacation from next week.

According to PUNCH, the spokesperson for the parents of the students, Christopher Onyejekwe, commended the parties that ensured the release of the defendants, regretting that they had suffered inhuman treatment because they chose to study at the Madonna University.

He said it was improper for the management of the university to involve the police in a matter that could have been resolved internally.

“I thank God that the judge has finally granted them bail. But I am not really happy about the intimidation of our children by the management of Madonna University.

“That institution is a Catholic university and those who run it should behave as Catholics. That university is smearing the image of the Catholic Church and this should not be allowed.

“We are grateful to Governor Willie Obiano of Anambra State and the Catholic Bishop of Awka Diocese, who intervened in the matter. We are also grateful to the National Association of Nigerian Students for its solidarity.

“If the management of Madonna University does not change, we will ensure that our children are withdrawn from the institution at the end of the current academic session.”

14 Students in Court Over Violent Protest