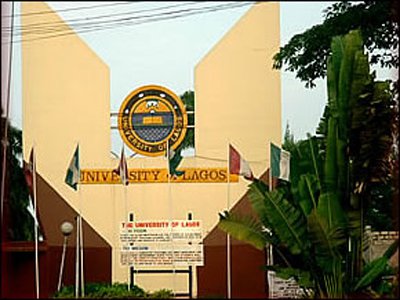 An Ikeja Domestic Violence and Sexual Offences Court yesterday heard how a 17-year-old student of the University of Lagos (UNILAG), Akoka, Lagos, was allegedly gang-raped by eight fellow students.

The court was also told that the accused blackmailed the victim with a video recording of the sexual assault.

Five of the students, Moboluwaji Omowole, 19, Chuka Chukwu, 19, Peace Nwankama, 19, James Aguedu, 20 and Osemeka Josephine, 20, were arraigned on a three-count charge of defilement of a child, permitting the defilement of a child on a premises and procuration before Justice Abiola Soladoye.

The accused, who pleaded not guilty, have been remanded in Kirikiri prisons by the judge. Others are said to be at large.

The lead state prosecutor, Mrs. K.A Momoh-Ayokambi, alleged that the defendants alongside others committed the offences in January 2017 at UNILAG.

Led in evidence by Momoh-Ayokambi, the victim told the court that she became friends with Nwankama (the third defendant), who was her roommate when she moved into the school hostel at the inception of 2016/2017 academic session.

She alleged that it was Nwankama, who lured her to be gang-raped by the defendants, explaining that Nwankama was one of the three friends she made while sharing the same room with her in the hostel.

The victim said they were close to the extent that Nwankama introduced her to her parents on their matriculation day held from January 13 to 17, 2017.

Narrating her ordeal, the victim told the court that one day, Nwankama called her on the phone and asked if she wanted to hang-out with another boy called Yinka, one of those now at large,  at High Rise, a staff quarters in UNILAG.

She said when she replied that she would think about it, the third defendant cut the phone and called back.

She said instead of her, it was Yinka who talked to her, saying it was a hang-out for friends and that her roommate, Nwankama, would be there.

The victim said at that juncture, she accepted the invitation.

She said since she didn’t know where High Rise was located, Yinka and Peace told her to meet them at Jaja Hall.

She said when they got to High Rise, she was led to a small building where she met Seriki (now at large) and a group of boys, but was assured by Yinka that her friend, Nwankama, would join them.

The victim said James led her upstairs into a room where she met other boys, who had come upstairs.

She said when she entered the room, she met two boys and a girl, including Emmanuel, now at large, and Josephine, the fifth defendant.

“When James and Seriki entered the room, Josephine and the two boys left and at that point it was clear to me that Peace was not at High Rise.

“Yinka then asked me to have sex with him. I said no, but he persisted and forcefully removed my clothes. At that point, two other people entered the room and held me down, while Yinka raped me,” she said.

The victim, who told the court that eight men allegedly raped her in turns, listed them to include Daniel, James, Yinka, Bolu (first defendant), Seriki, Emmanuel and two others whose names she couldn’t remember.

She said she was further subjected to series of sexual assaults by some of the defendants and their accomplices.

“After they finished they started playing music. Four people held me down touched me all around, while Josephine kissed and danced with one of them.”

The victim said her thought was how to escape from the place, but she couldn’t because the rapists outnumbered her.

She said while the sexual assault was going on, a guy video-recorded it on a phone.

“I had the intention of snatching the phone from him, but I thought I was outnumbered,” she said.

The victim said when they finished, they led her outside the building and told her that they had a video of what happened, saying that if she didn’t want “to be popular” in school, she must answer them anytime they requested for sex.

She said about two weeks after the alleged incident, she was again gang-raped by members of the group, adding that by then the rapists were joined by Simi, Randy, Idowu and Eddy (who are at large).

She said some of the sexual assaults occurred at Chukwu’s (second defendant’s) parents’ house at Pako area of Yaba, adding that later, rumours about the video tape began to make the rounds at UNILAG.

The victim said a friend, who later became aware of her ordeal, informed the school authority.

She said with the assistance of the university counsellor, the first defendant,  Omowole,  was lured to a place on the school premises where he was arrested, taken to the office of the Dean of Students’ Affairs “and he provided the names of his accomplices.”

The victim said she was admitted at the UNILAG Medical Centre for three days where the parents of the arrested students pleaded with her not to do anything about the case.

“After being discharged, I went home and stayed for three weeks. During that time, the rapists’ parents tried to bribe my family with between N3million and N5million, but my family declined. My mother and brothers have been very supportive,” she said.