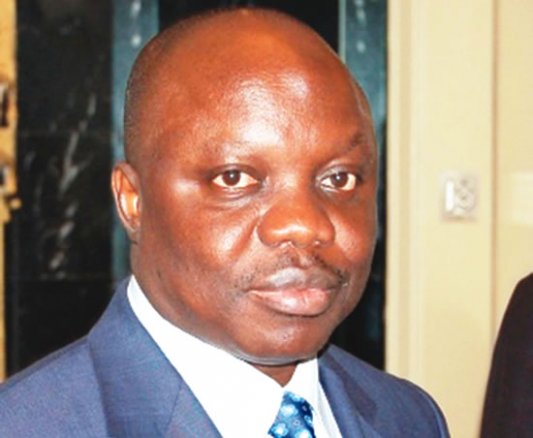 The desire of the immediate past-governor of Delta state, Emmanuel Eweta Uduaghan, to represent Delta south in the ninth Nigerian Senate has been dashed. A high court sitting in Abuja has declared his nomination a nullity.

The court in a suit filed by a chieftain of the APC, retired Air Vice Marshal (AVM) Terry Okorodudu also ordered the All Progressives Congress (APC) to conduct fresh primaries for Delta South Senatorial District to be monitored by the Independent National Electoral Commission (INEC).

AVM Okorodudu, an APC Delta South Senatorial aspirant in the controversial APC primary election in Delta State, had in the suit described the process that led to his and others’ exclusion from the purported APC primary as totally shameful, criminal and an abuse of democratic culture.

He described the process preceding the supposed primary election as a tortuous experience given that at the end of the day, the election didn’t happen.

Okorodudu queried how and why Uduaghan was published as the candidate of the APC, while he (okorodudu) and other aspirants were looking forward to a credible primary.

He informed the court that the decision to clear only Uduaghan for the election and making him a sole candidate and leading to an affirmation and not election, was outrightly fraudulent because, according to him, no fair opportunity was given to other aspirants, describing such as a “miscarriage of democratic process”.

“The decision to clear only Uduaghan is ridiculous, there was no explanation for that and basically it was a vexing experience,” Okorodudu said.

He said that there was no accreditation or election just as there was no indication that there was a decision by the party to put only one candidate forward from among all the other aspirants that had obtained the form and fulfilled all the requirements of the electoral process.

ALSO READ   COVID-19 And The “New Normal”- A Case For Freezing Of Limitation Laws?

He expressed worry that as a retired Air Vice Marshal, the decision to exclude him must be premeditated because it is grievous and with consequences, saying that “my concern is that for someone of my caliber, a retired Air Vice Marshal, that has served my country for 35 years, if I can simply be excluded from the election process in the manner it was done, it tells you that there is a danger to our democracy and there is a danger to our country; our country needs to be aware that there is danger lurking somewhere. If this can happen to me, you can imagine what has happened or can happen to others. So, it is my duty to talk to Nigerians that this kind of activities must not be allowed to occur without repercussions”.

Following the decision of the court, AVM Okorodudu has gone ahead to obtain a judgement order which he has served on Independent National Electoral Commission, INEC.