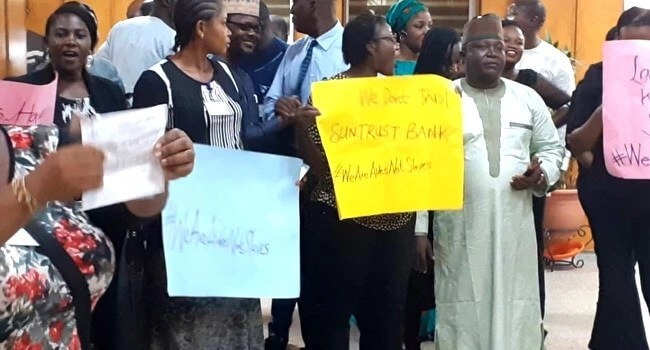 The National Industrial Court, Abuja, on Monday, held that its order restraining the Parliamentary Staff Association of Nigeria from embarking on a planned strike had not been vacated.

The News Agency of Nigeria recalls that Senate President, Bukola Saraki and the Speaker of the House of Representatives, Yakubu Dogara, had instituted a suit against PASAN, seeking an order to restrain its members from closing down the National Assembly.

The duo, in their suit via a motion ex parte filed on December 18, 2018, also sought an order of the court, restraining PASAN from proceeding on strike, pending the determination of the motion on notice before it.

Joined in the suit as co-defendants, are the Chairman, Secretary of PASAN, the Clerk and Deputy Clerk of National Assembly.

At the resumed hearing of motion on notice, the claimant’s counsel, Anthony Ameh, informed the court that the interim order and originating processes had been served on the defendants.

Ameh however, told the court that he had it on good authority that PASAN was planning to embark on another strike.

The counsel went further to say that if the defendants embarked on strike, the court should charge them with contempt of the court.

Consequently, Justice Sanusi Kado, held that the interim order of December 18, 2018, restraining the defendants from embarking on strike was still in force.

Kado then enquired from defendants’ counsel if they had been served processes and if they had filed anything in reply.

Although Mr Omoloja Adegoke, Defence Counsel to first, second and third defendants, said he had had been served, but noted that he was only briefed on Friday and asked for time to take necessary steps.

Mr Charles Yoila, Defence Counsel to fourth and fifth defendants, on his part informed the court that he was only been briefed on Monday.

He said he would have filed all necessary court processes before the next date of adjournment.

The judge thereafter ordered that hearing notice be served on all parties and adjourned the matter until February 19 for hearing of the motion on notice of interlocutory injunction.

NAN also recalls that the workers had embarked on protest on December 17, 2018 over claims of unpaid entitlement amongst other things.