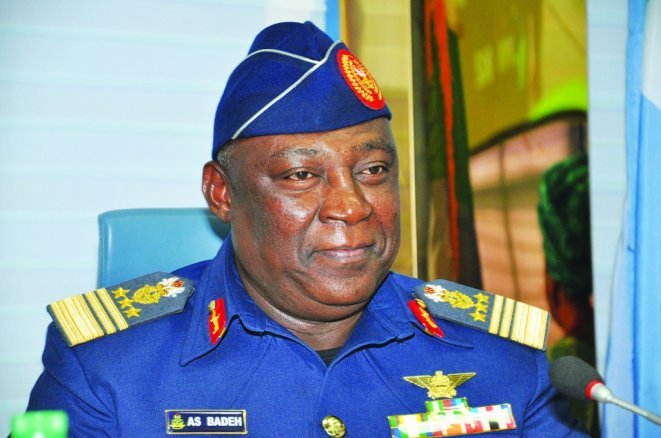 An Abuja Division of the Federal High Court on Monday terminated the charges filed by the Economic and Financial Crimes Commission (EFCC) against the late former Chief of Defence Staff, Alex Badeh.

Mr Badeh was killed by gunmen last year when returning from his farm in Nasarawa State.
The court presided over by Okon Abang in its judgement found Iyalikam Nigeria Limited, the company which is standing trial with Mr Badeh, guilty of the charges.

It ordered that all properties of the company in line with the 10-count amended charge be forfeited to the federal government through the EFCC.

He also ordered that the Corporate Affairs Commission should be notified of the ruling.

“Having regard to the plea bargain and plea duly taken, I hereby find the defendant Iyalikam Nigeria limited guilty.

“The defendant is hereby wound up and this judgement shall be served on the Corporate Affairs Commission (CAC) for necessary action.

“All properties in line with the 10-count charge are hereby forfeited to the Federal Republic of Nigeria through the Economic and Financial Crimes Commission(EFCC).

During the court session on Monday, the prosecution counsel, O A. Atolagbe, told the court that the matter was adjourned for the hearing of defence of the second defendant (Iyalikam Nig Ltd).

“This case was adjourned to today for the continuation of hearing, in particular to defence of the 2nd def, since the 1st def is deceased.

“However, there is a development, the 2nd defendant and the prosecution have met and they have been able to reach an agreement and we have filed a further amended charge dated March 1 and filed March 4.

Mr Abang, then said, “Since there has not been objection to the prosecution application, the further amendment charge filed today is deemed properly filed and served.”

Following the short ruling, Mr Atolagbe said, “I further urge My Lord allow the charge to be read and plea bargain entered as in the plea bargain agreement.”

Responding, Mr Olujimi said, “It is most unnecessary to go over the reading of charges again, there is before the court a plea bargain agreement executed by the prosecution. It would have been a different situation if there was no plea bargain.”

Mr Ologunorisa told the court he shared the same view with Mr Olujimi.

Again, the prosecution reiterated that the amended 10-count charge be read to the court.

“I humbly urge the court to let the charge be read in the open court by the registrar.”

When the judge asked if there is a section that supports that, Mr Atolagbe said: “Section 478 of ACJA, 2015 states that there must be a call to plea hence, what is left is for the charge to be read and a plea entered by the court.”

In his ruling, Mr Abang said, “Having heard the learned senior counsel representing the defendant and the prosecution counsel, it is hereby ordered as prayed that the further amended charge be read in open court and a plea entered.”

The amended 10-count charge was read and the plea was accordingly taken.

After that Mr Atolagbe told the court that, “In view of the plea of guilty entered by the court, I urge my lord to enter judgement based on the content of plea bargain agreement for the avoidance of doubt, I particularly urge my lord to order as part of the sentence the final forfeiture of all the properties affected by count 1 to 10 in the further amended charge, the defendant convicted and wound up base on the plea bargain agreement and section 19 of the money laundering Act.”

In his response, Mr Olujimi said, “I don’t think I can be heard again on this amended charge but will only urge your lordship to make an order terminating the proceedings against the first defendant, who is now deceased.”

“On the part of the second defendant, we abide by the plea bargain agreement duly executed by the parties,” Mr Ologunorisa said.