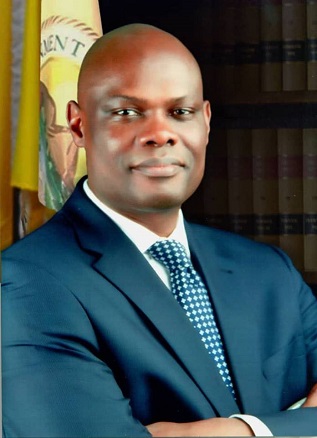 The Ekiti State Attorney-General and Commissioner for Justice, Mr. Olawale Fapohunda has said that the discontinuance of prosecution of criminal cases at the request of crime victims will no more be automatic in the State as all cases would be diligently prosecuted in the interest of the public good.

In a Statement made available to Newsmen in Ado Ekiti, the Attorney-General expressed concern over the increase in the number of applications by victims of crimes, their relatives and other interested persons, requesting him to discontinue prosecution of suspects facing trial over serious offences.

Mr. Fapohunda said that it is more worrisome that the subject matter of the applications are often requests for the stoppage of the prosecution of accused persons facing trial over serious crimes such as murder, armed robbery, kidnapping, cultism, rape and child-defilement.

Fapohunda stressed the need for caution in exercising the discretionary power of the Attorney-General to discontinue prosecution in public interest, adding that all applications shall be subject to a proper review and determined by merit on a case by case basis.

He emphasized that applications found to be lacking merit, unjust, abusive of the court process and against government’s policy on crime prevention shall be denied.

According to him, victims of crime, their relations and other interested parties must cooperate with the State as witnesses or in any other capacity as may be required if their application for discontinuance of prosecution was denied, stressing that they may
otherwise be prosecuted for compounding felony.

He however assured that applications found meritorious may be granted unconditionally or conditionally in line with the State’s policy on restitution, compensation and plea-bargain in criminal matters.

Senior Advocate Among 13 Nigerians Who Died of COVID-19 in UK,...