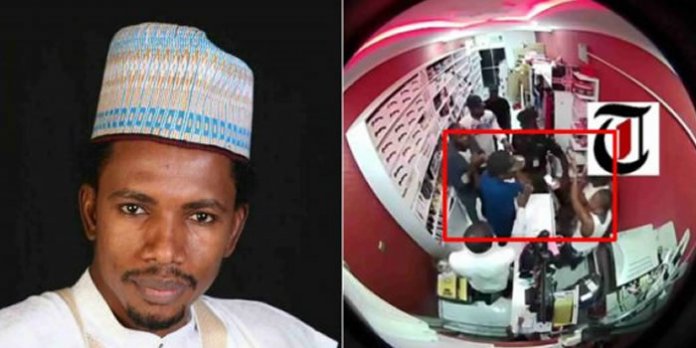 The former Chairperson of the Federation of Women Lawyers (FIDA) Ekiti State Branch, Rita Revbare has called on the leadership of the Senate under Senator Ahmad Lawan to thoroughly investigate the alleged physical assault on a nursing woman by Senator Elisha Abbo.

Abbo who represents Adamawa North Senatorial District was allegedly caught physically assaulting a woman who pleaded with him not to assault the owner of a shop whom the Senator had accused of insulting him.

Premium Times had exclusively obtained and reported the video of the alleged assault which occurred on May 11 this year.

Revbare said that though the alleged assault by the Senator was a personal crime but it would nevertheless robbed off on the entire National Assembly as an institution.

Reacting to the development yesterday in a chat with The Nation, the former Chairperson of FIDA said that “this is a very good example of when Nigerian state can rise to say whether you are a Senator or ordinary citizens, once there is a breach of law it, should be treated as such.”

She urged the police to conduct investigation and if found guilty, Abbo should face the wrath of the law to show that nobody is above the law.

“Nigeria is not a lawless society. Once there is investigation and he is found capable he should be prosecuted. My emphasis is not because he is a Senator but that every citizen must be responsible. Laws are made for us to be obeyed. Once there are two sets of laws for different people that could amount to injustice. Once there is injustice it can breed chaos and it will affect everybody.

“As a Senator, greater responsibilities behove on them. It is not for them to enjoy peck of office, they should show example and be above board,” she said.