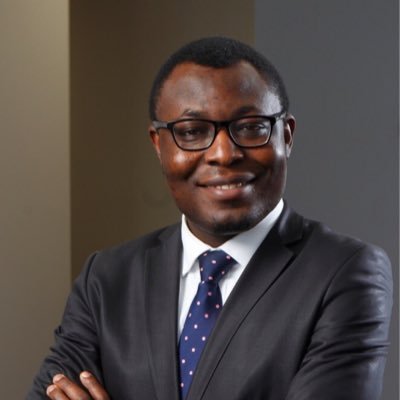 Nigeria-born Toronto-based criminal defence lawyer and CEO/ founding partner of Akenroye Law, Ayo Akenroye has been appointed as a Board Member/Adjudicator (Immigration Judge), Immigration and Refugee Board of Canada.

Dr. Akenroye will make decisions in admissibility hearings and detention reviews for foreign nationals or permanent residents believed to be inadmissible to, or removable from Canada under the law, or detained by the Canada Border Services Agency (CBSA).

Called to the Bars of Nigeria, Manitoba, Ontario and Canada, his extensive professional experience includes a stint with the Economic Community of West Africa

States (ECOWAS) where he advised on international law, international criminal law, peace and security, democracy and good governance. He was also appointed to work with the Office of the Prosecutor at the International Criminal Court – ICC in 2017

Dr. Ayo was also an Adjunct Professor in the Masters in Development Practice program at the University of Manitoba, Canada where he taught a course on Poverty and Human Rights. (Read more about him here )

The Immigration and Refugee Board of Canada (IRB) is Canada’s largest independent administrative tribunal. It is responsible for making well-reasoned decisions on immigration and refugee matters, efficiently, fairly and in accordance with the law. The IRB decides, among other responsibilities, who needs refugee protection among the thousands of claimants who come to Canada annually.

Appointment of Judges – Request for Petitions, Opposition to Shortlisted Applicants