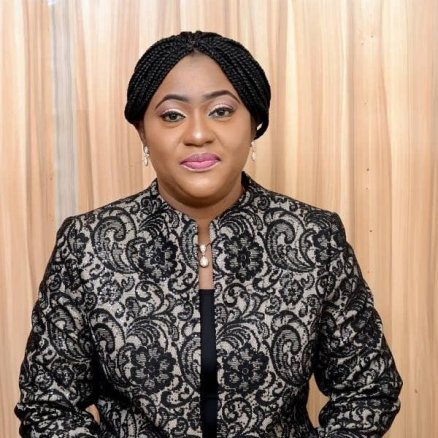 The second Vice President of the Nigerian Bar Association (NBA), Dr. Foluke Dada has debunked the allegation of falsehood and bias leveled against her by the Chairman of NBA Ikorodu Branch, Mr. Bayo Akinlade.

DNL Legal and Style had earlier reported that Mr. Akinlade accused the 2nd Vice President of using the NBA National Executive Committee (NEC) as a weapon to achieve clandestine objectives to discredit him on his stance on corruption within the NBA.

In reaction to Mr. Akinlade’s allegation, Dr. Dada who spoke exclusively to DNL Legal and Style stated that her report on NBA Ikorodu as contained in the AGM bundle is a compilation of her previous reports to the NEC at the 1st to 3rd Quarters meeting of the NBA NEC during the year. She explained that her only addition to the AGM report on NBA Ikorodu Crisis is a report on the reconciliation moves which was a directive of the NEC to the NBA President and the National Executives during NEC’s 3rd Quarter meeting.

On the allegation of not reporting the activities of the Branch to the NEC and the AGM, Dr. Dada noted that Mr. Akinlade has never carried the National Executives along in all his activities in the branch and has never forwarded a formal report of such activities to her as the National Coordinator in charge of the Branch nor to the General Secretary of NBA. She wondered how Mr. Akinlade could have expected her to publish a report on activities that her office is not privy to. Dr. Dada noted that the only report she receives from NBA Ikorodu is on their incessant crisis during their branch meetings.

Dr. Dada stated that the AGM is a forum for Mr. Akinlade to present his own side of the story as her report is a representation of all that has transpired in the Ikorodu Branch crisis. She noted that it is clear that Mr. Akinlade is resolute on disrespecting the NBA NEC and the National Officers of NBA. She reiterated that Mr. Akinlade is Chairman of the branch in disobedience to the NEC directives and at the pleasure of the Court whose order the NEC as a body that respects the rule of law would continue to obey.

She challenged Mr. Akinlade to point out the falsehood in her report both to the NEC and to the AGM.