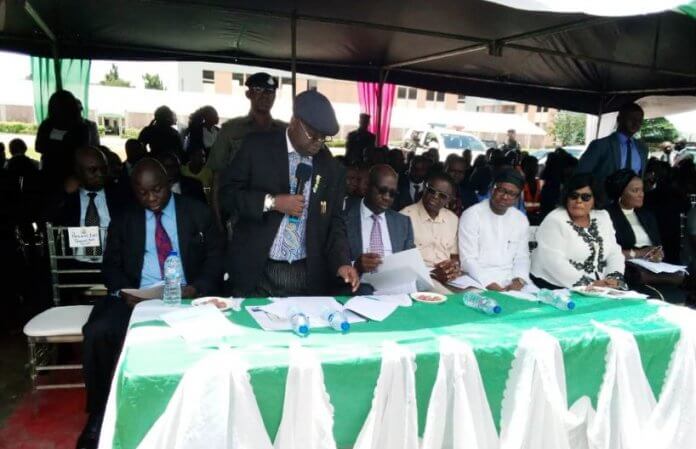 While commissioning the project, his Excellency, Governor Godwin Obaseki’s used the avenue to appreciate the invited guests and lauded the president of the Industrial Court, Hon. Justice Babatunde Adejumo, OFR for his vision and sacrifice towards repositioning labour jurisprudence in Nigeria, expressed that history would forever be kind to him.

The governor also said that concerted efforts have been put in place to make Edo State a hub for the Judiciary in Nigeria that soonest bigger edifice of the court would be commissioned.

Also speaking, Justice Adejumo expressed joy on the beautification of the project, thanked and assured the governor that the facility would be judiciously used for the advancement of the Rule of Law, to improve access to justice and to promote better industrial harmony in the state and the country at large.

“Indeed, It is an incontrovertible fact that the risk of lawyers and litigants going to neighbouring Akure-Ondo state for court sittings has been conquered.” Justice Adejumo said.