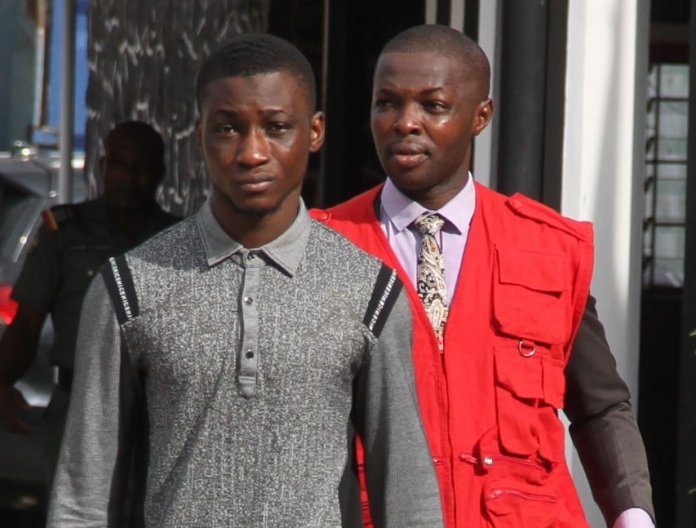 The Economic and Financial Crimes Commission, EFCC, Lagos Zonal Office on Wednesday, May 8, 2019, arraigned one Kolawole Kazeem, (a.k.a Tina Eller) before Justice Mojisola Dada of the Special Offences Court, sitting in Ikeja, the Lagos State capital on a one-count charge, bordering on possession of a fraudulent document.

The defendant was arrested, following intelligence report on his involvements in alleged cybercrimes.
The charge reads: “That you, Kolawole Kazeem(a.k.a Tina Eller), on or about 13th March, 2019, in Lagos within the Ikeja Judicial Division, with intent to defraud, had in your possession fraudulent document titled “Personal Info,” which representations you knew or ought to have known to be false, there by committing an offence contrary to Section 6,8,(b) and 1 (3) of the Advance Fee Fraud and Other Related Offences Act, No.14 of 2006.”

The defendant pleaded not guilty to the charge. In view of his not guilty plea, the prosecution counsel, S.O. Daji, asked the court for a trial date and prayed that the defendant be remanded in prison custody.

Justice Dada remanded him in prison custody and adjourned the case to May 22, 2019 for the hearing of his bail application.