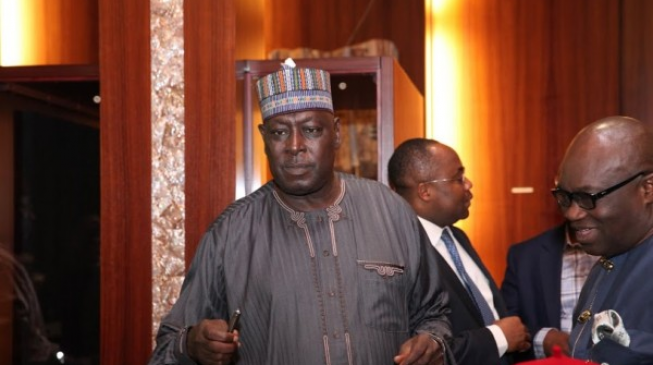 The Economic and Financial Crimes Commission (EFCC) has filed fraud charges against the immediate-past Secretary to the Government of the Federation, Babachir Lawal, a former Director-General of the National Intelligence Agency, Ayodele Oke, and his wife, Mrs. Folashade Oke.

President Muhammadu Buhari had in October 2017 sacked Lawal and Oke following a report of investigations by a panel headed by Vice-President Yemi Osinbajo into allegations of fraud leveled against them.

The charges against the duo are coming over 15 months after they were sanctioned by the President.

See Details of the charges below: 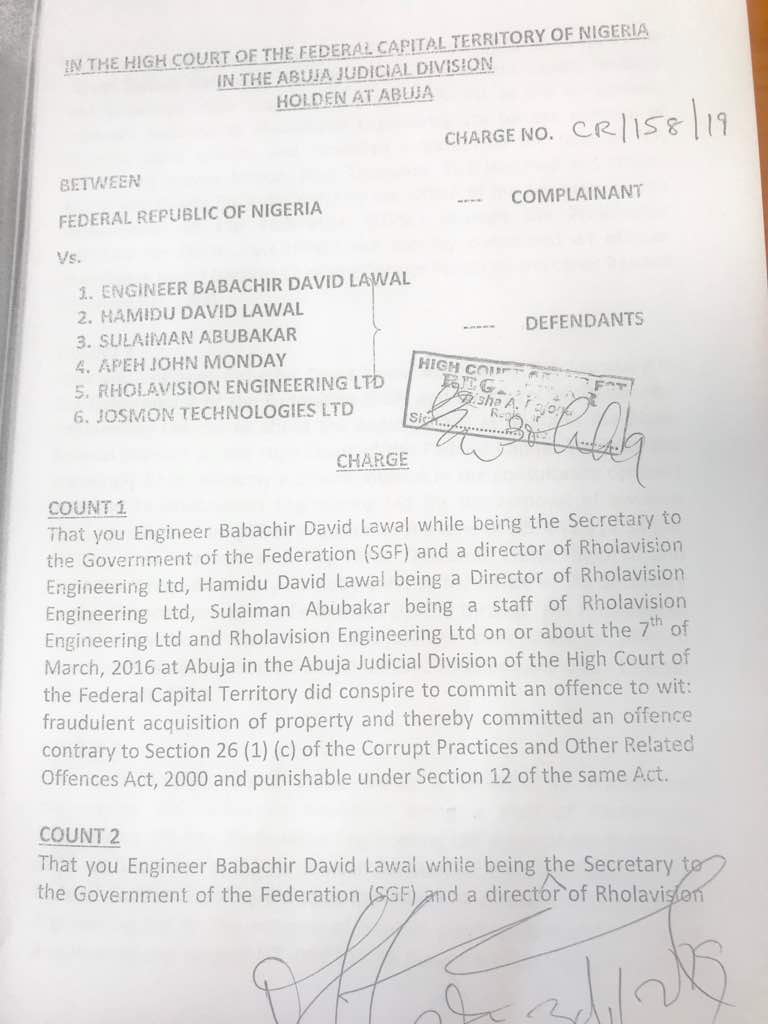 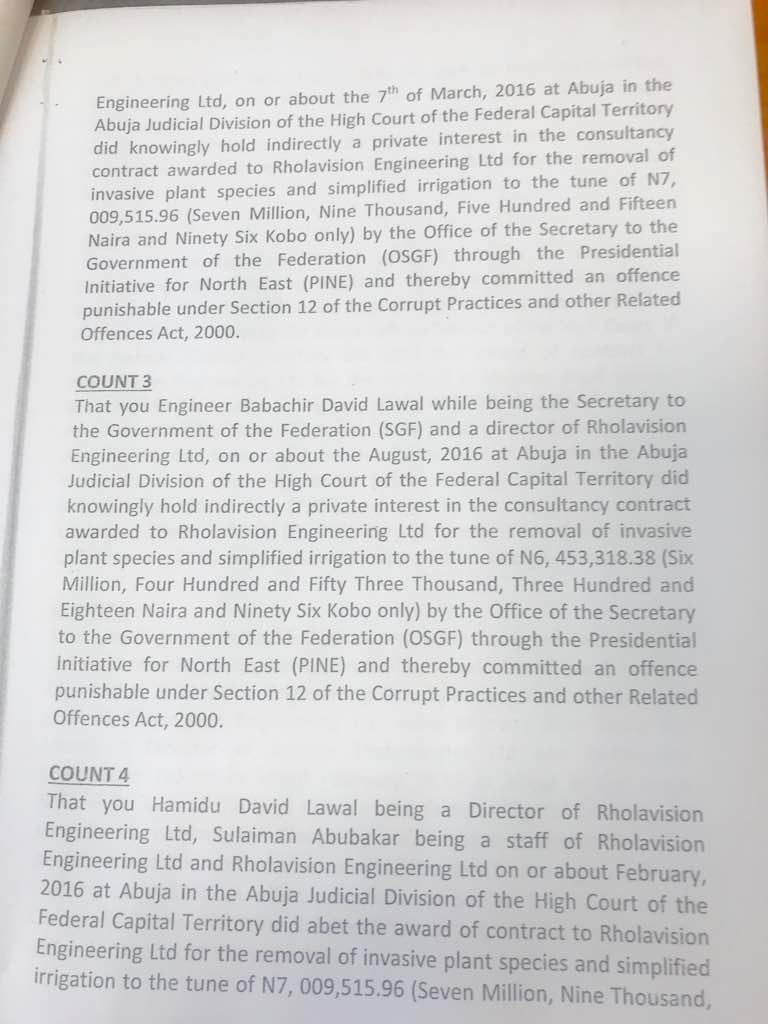 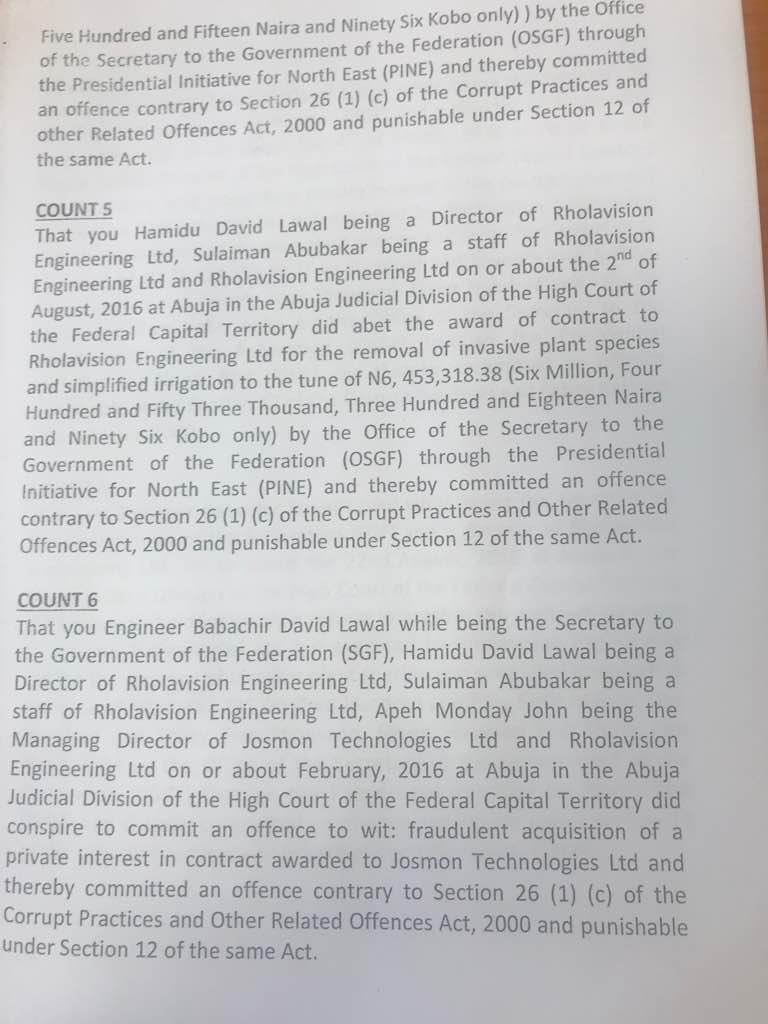 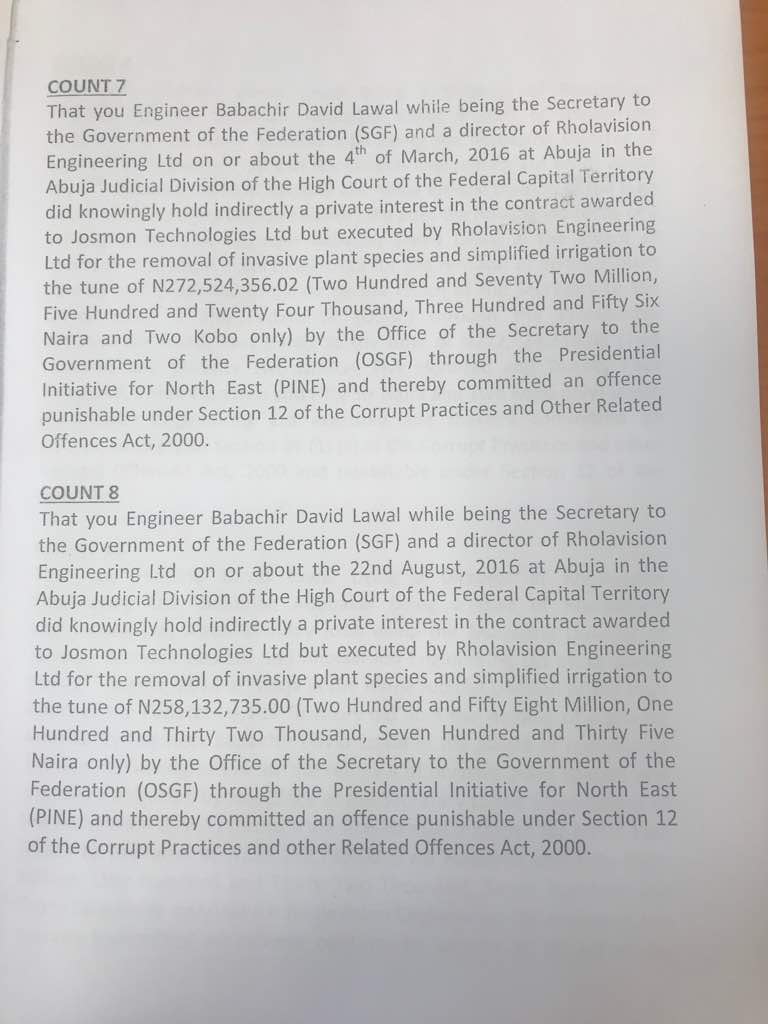 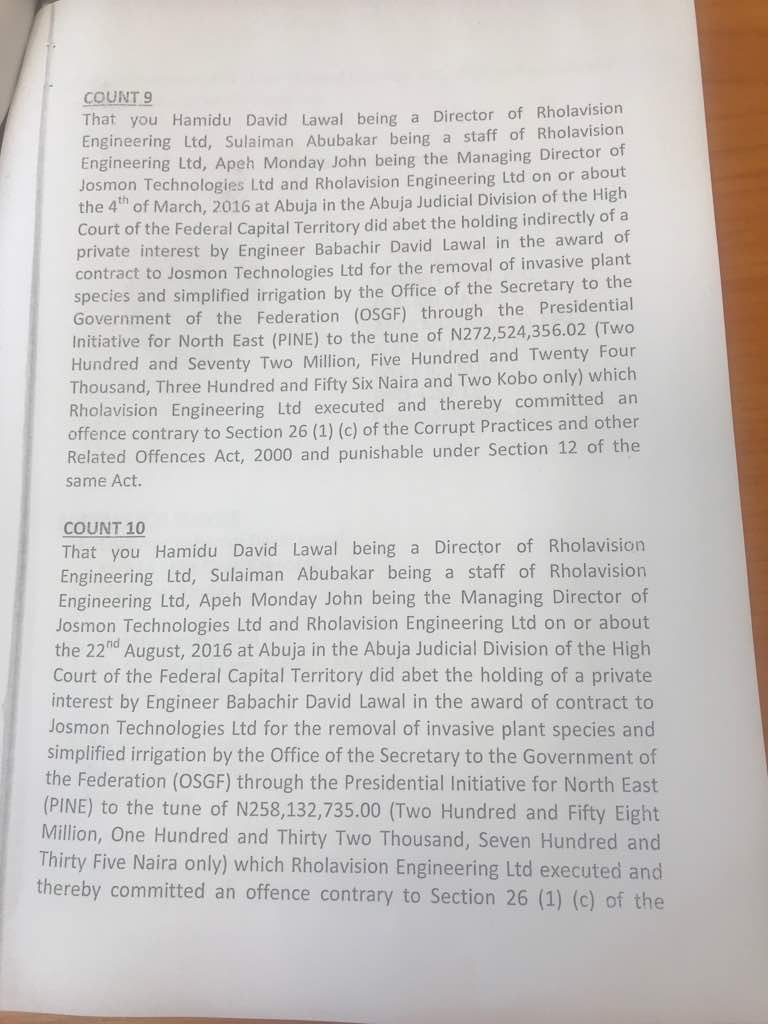 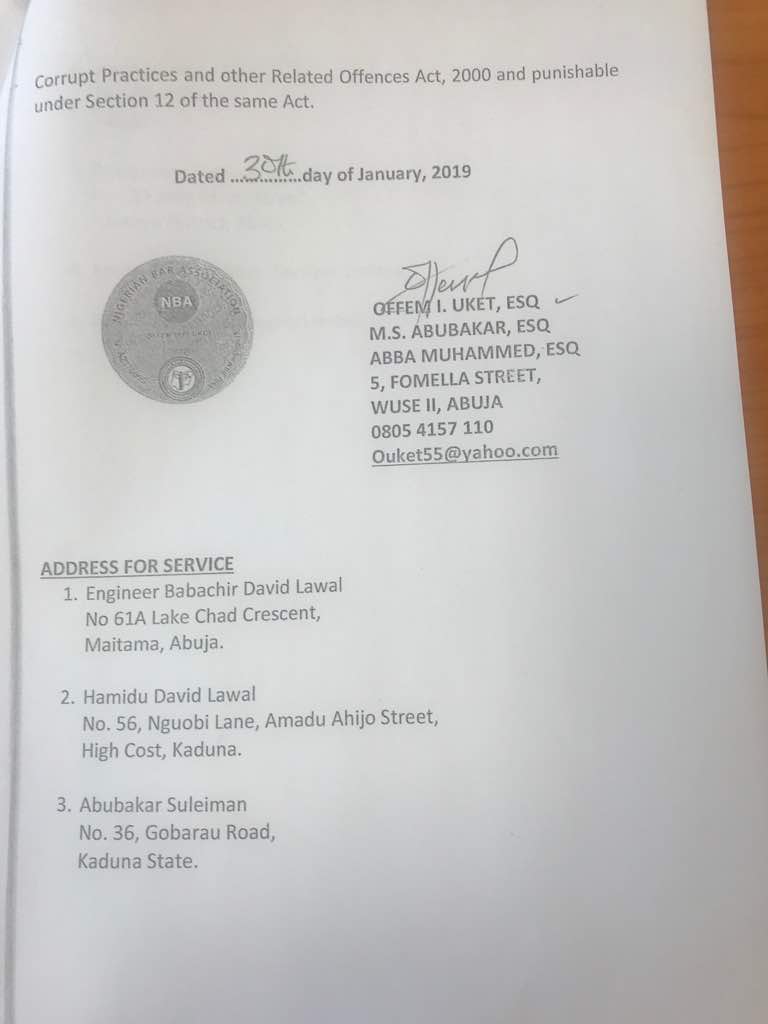 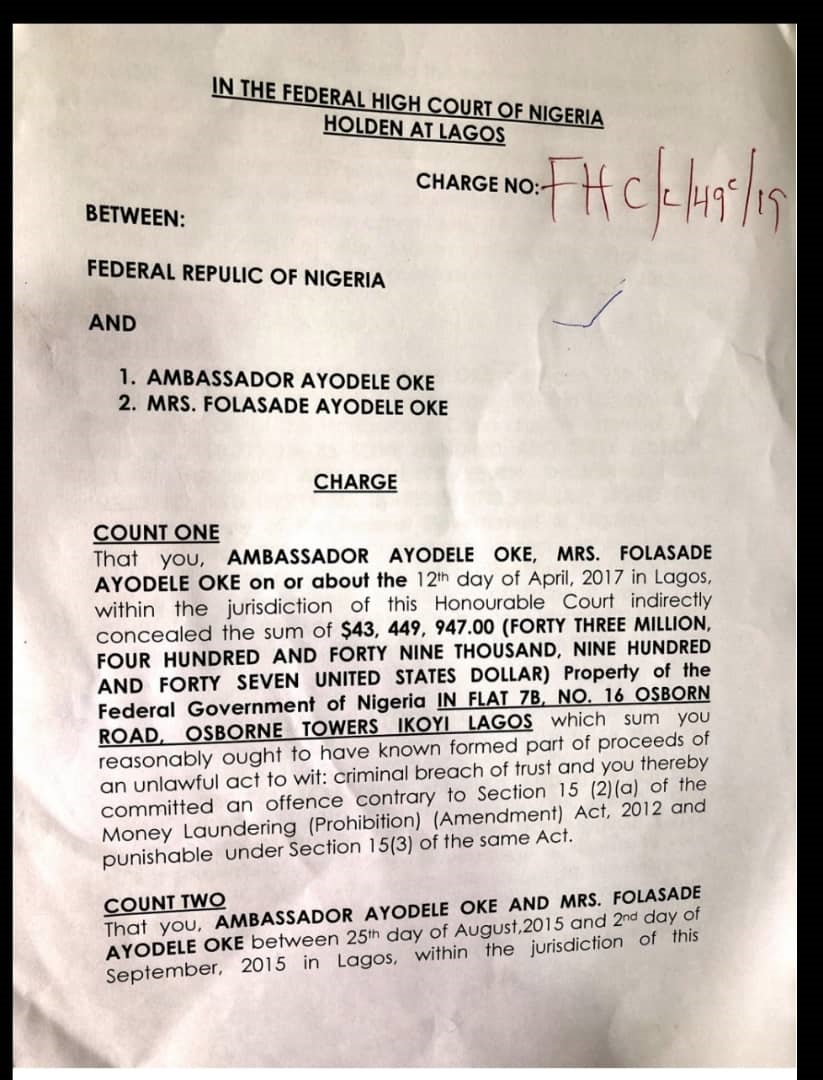 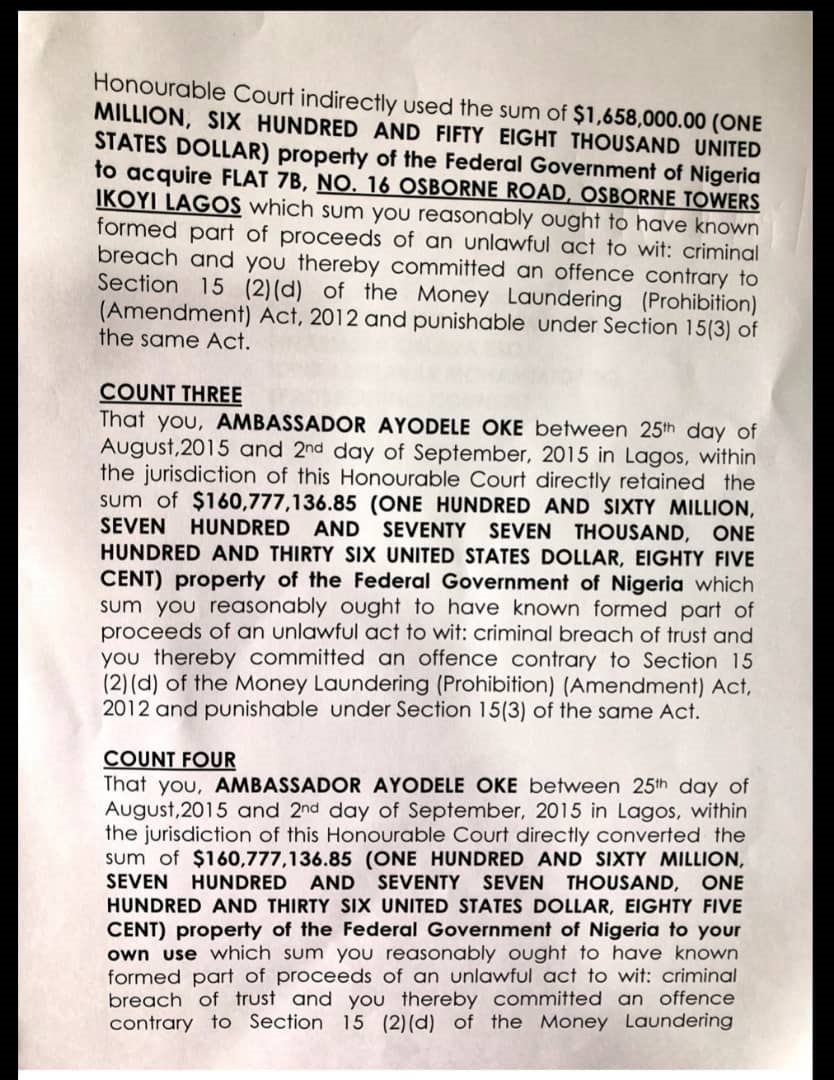 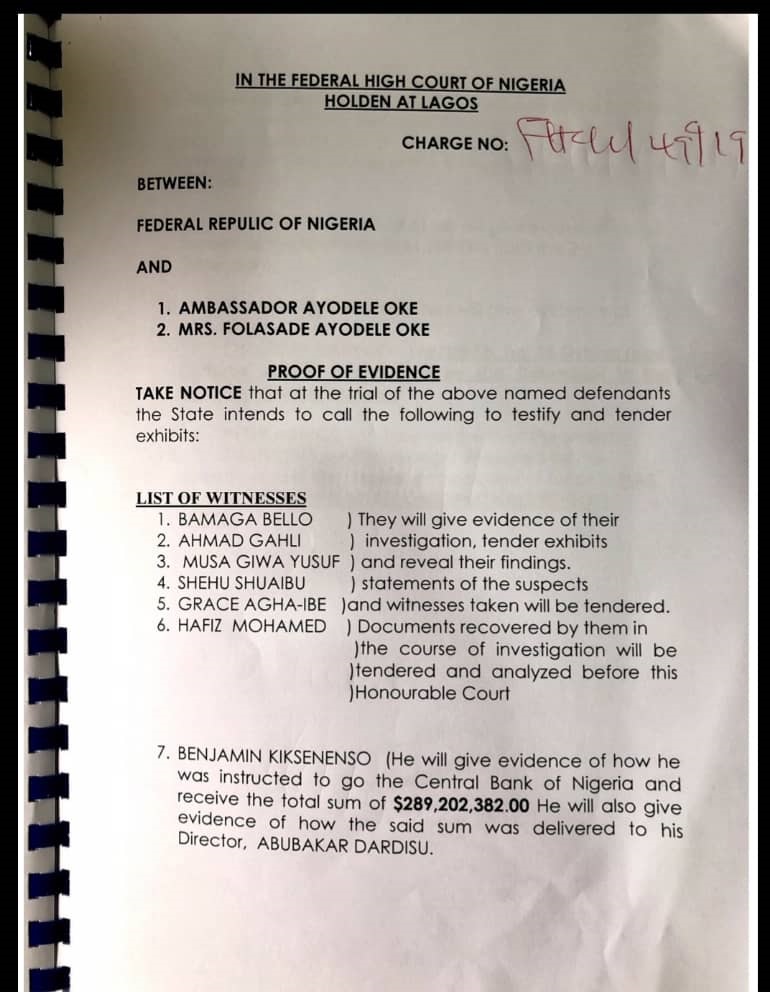 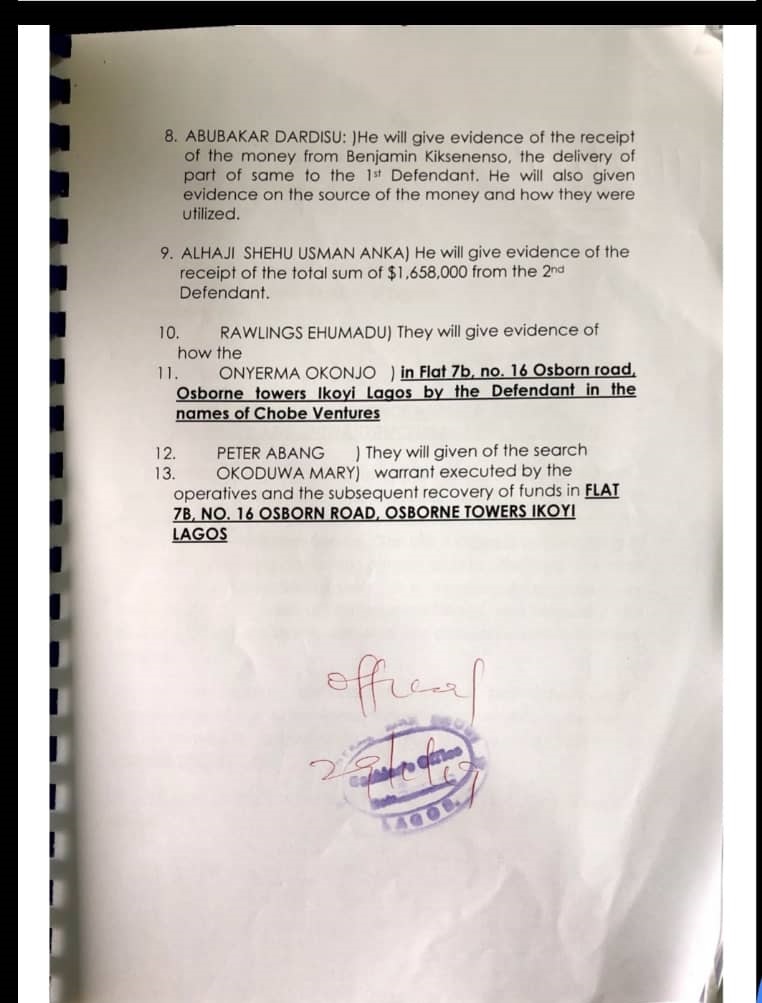 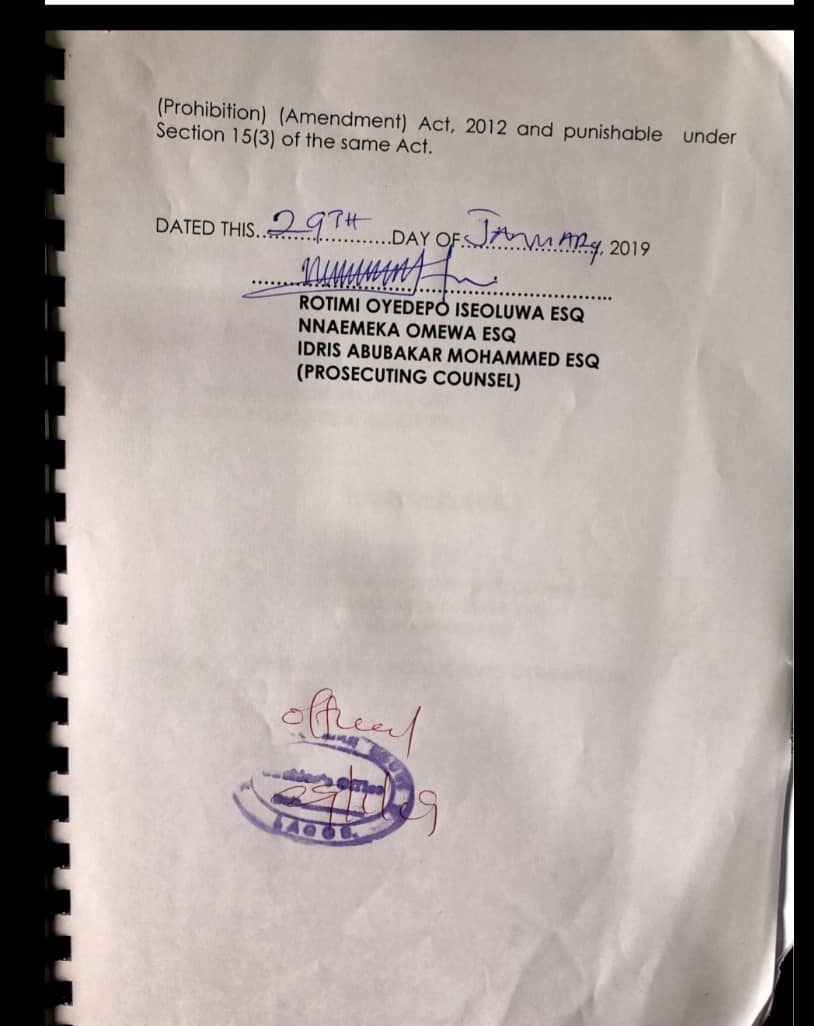 Strike Continues as Court Adjourns Case Against Doctors till September 15