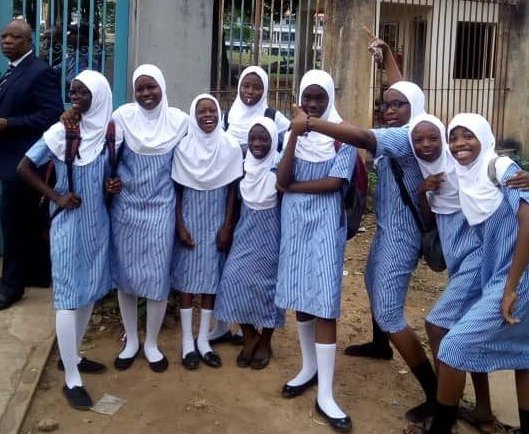 Eight students of the International School, University of Ibadan have individually filed actions before the Oyo State High Court seeking to confirm their rights to wear hijab in school.

The controversy about wearing hijab to the school became a public issue in November last year when some parents under the aegis of UI-ISI Muslim Parents’ Forum petitioned the University of Ibadan, Deputy Vice Chancellor (Academic) UI who doubled as chairman of the Board of Governors of the school; the school principal, Mrs Phebean Olowe, and the school for disallowing their wards to wear hijab.

The Muslim parents on behalf of their wards approached Oyo state High Court in Ibadan, asking it to mandate the school to allow their wards to use hijab to school.

Akintola premised his judgment on the fact that the section of the constitution on human rights issues should be filed individually and not collectively as done by the parents.

The Chairman, Muslim Parents’ Forum of the School, Alhaji Abdurahman Balogun, on Sunday said the applicants had complied with the court directive to file the matter individually.

Balogun said, “We are back in court. This is to inform you all that sequel to court directive to file the matter individually as regards fundamental human rights, we have since complied and new cases assigned.

Balogun maintained that the decision of the students to return to court was simply to “liberate our children and Muslims who were oppressed, intimidated and coerced not to express their faith, freedom as guaranteed by the constitution of the Federal Republic of Nigeria.