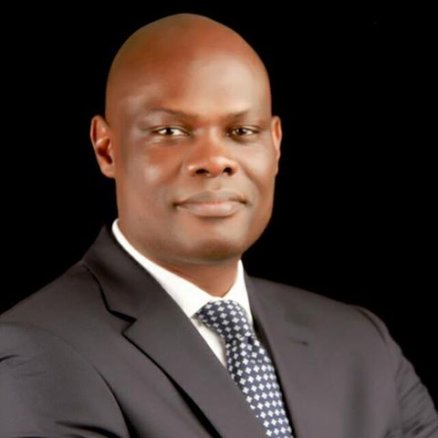 Ekiti State Attorney-General & Commissioner For Justice, Olawale Fapohunda has been given an award of Excellence by the International Federation of Female Lawyers (FIDA) Ekiti State Chapter.

The Award which was presented to him yesterday at the FIDA Dinner/Awards Night, was part of the 2019 Law Week of the Association. The Award, was received on his behalf by his Special Assistant on Media and Public Education, Tunde Olaolorun Esq. who represented him at the event.

The Chairman of the Ado Branch of the Nigerian Bar Association (NBA), Olakanmi Falade while presenting the award noted that the Attorney- General deserved more of such award and he opined that more are still coming his way.

Fapohunda who is a Juman Rights Lawyer and one of Nigeria’s leading experts in justice sector reform thanked FIDA for the honour done to him. In a statement issued from Abidjan where he is on an official assignment, Fapohunda said he looked forward to closer collaboration with FIDA specifically in the area of promotion and protection of the Rights of Women and Children.

Fapohunda was a two-term Commissioner of the National Human Rights Commission of Nigeria.

He was Chairman of the Presidential Technical Committee on the Review of Judiciary Salaries and Allowances. He drafted the Nigeria’s National Action Plan on Human Rights which is the basis for the evaluation of Nigeria’s human rights record especially at the United Nations.

He is acknowledged to have supervised the first comprehensive audit of the all the 234 Prison facilities in Nigeria concluded in 2012. He was Chairperson of the Nigerian Bar Association Justice Sector Reform Committee and a two time recipient of the NBA President’s Bar Excellence Award.

He is presently a member of the National Executive Committee of the NBA.