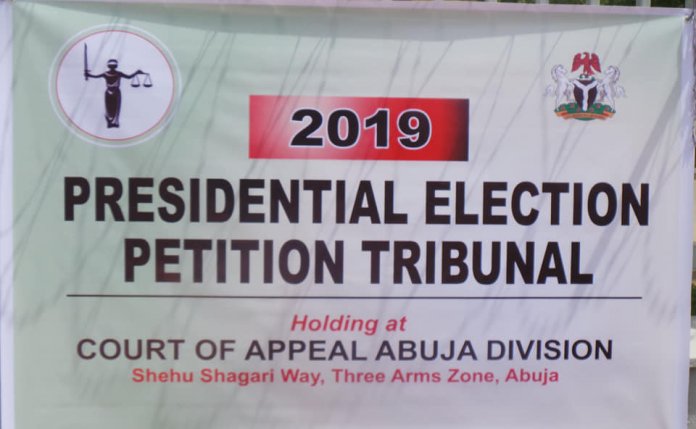 Ahead of the 2019 General Elections which will hold on Saturday February 16, the President of the Court of Appeal, Hon. Justice Zainab Adamu Bulkachuwa, CFR has set up Election Petition Tribunals across the 36 states of the Federation including the FCT.

The above information was shared by Mrs. Saadatu Musa Kachalla, the Appeal Court Media Officer. Also set up is the Presidential Election Tribunal in Abuja Division of the Court of Appeal.

According to her, “this is in line with section 285 (1) and (2) of the constitution which expressly gives Justice Zainab Bulkachuwa the Judicial powers to establish such Tribunals.

In a letter to the Secretaries and Staff of the Tribunals who were drawn from the 16 Divisions of the Court of Appeal, the Hon President who said they were selected on merit warned that the Court will not hesitate to discipline any officer found wanting in the cause of carrying out their assignment and urged them to uphold the good image of the Court by being upright in the discharge of their duties.

Meanwhile the Court of Appeal in conjunction with the International Foundation for Electoral System (IFES) is organizing a two-day mandatory training for the Election Petition Tribunal Justices and Judges on Tuesday, 12 2019.

It would be recalled that Justice Bulkachuwa with the input of the Chief Judges and the Nigerian Bar Association of the 36 States of the Federation and the FCT carefully selected these brilliant Judges for the job.”

Rebuttal: The NBA President Has Not Sent Any Nominee To The...