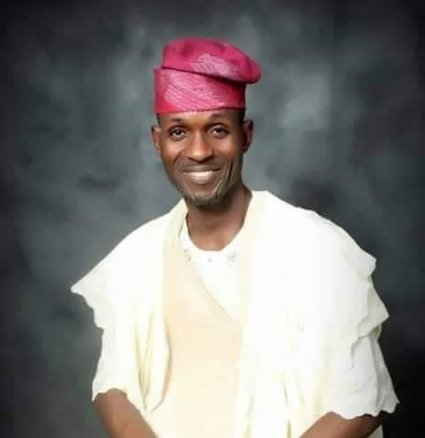 On Wednesday, 11th September, 2019 the Lagos State House of Assembly cordially invited citizens and residents of Lagos State to its Annual Constituency Stakeholders’ Meeting which was simultaneously held in all the 40 constituencies across the Lagos State,  on the theme “ENVIROMENTAL CHALLENGES: COMMUNITY ENGAGEMENT TO FACILITATE LASTING SOLUION”.

Excerpts from the contribution by Ajose Abejoye

…My audacity to make my contribution came from the pronouncement of the Supreme Court in the celebrated case of Kupolati & Anor v. Oke & 10 Ors(2009)4 NMLR 121  where the Supreme Court classified  academic legal arguments as “words which stink in the nostrils of a practicing barrister.”  With profound respect to the respected professor of law who discussed the theme, I do not agree that issues relating to law and justice should be subjected only to abstract reasoning or reduced to academic fantasies because doing so will make the growth of law to be stunted. Using unwittingly theories, methodologies and cliché to confront a real problem of the present time will worsen things.

Honestly speaking, that part of the consultation of politicians in government is to regularly talk to lawyers, consult with lawyers before pushing any idea in the public space. Sadly, due to megalomania and arrogance, politicians in Africa nay Nigeria push policies and programs in the public space without deep reflection and end up to embarrass themselves. I will give us two good examples to buttress this point.

First, in 1999 the Obasanjo administration set up the Human Rights Violation Investigation Commission(HRVIC) a.k.a Oputa Panel to address the issues of right abuses and violations in Nigeria. It was actually modelled after the South African Truth and Reconciliation Committee set up by President Madiba Nelson Mandela. The Oputa Panel was given powers to summon witnesses to appear before it and witnesses were coming until one day when it summoned the “evil genius” former military president, Ibrahim Babangida to answer pertinent questions on the murder of Journalist Dele Giwa.  Babangida through his lawyers challenged the constitutionality of Oputa Panel in court, and the court held that the 1999 constitution made no provision for tribunal of inquiry, therefore Oputa Panel had no power to summon anyone. Lo ba tan!  The Panel scattered like a pack of cards and collapsed.

Second, in 2015, the unconstitutional restriction of people’s movement during the monthly sanitation exercise in Lagos State was challenged in court by Mr Ebun Adegboruwa (SAN designate). Adegboruwa approached the court to challenge the legality of the newly signed Environmental Management and Protection Bill into law. The lawyer contended that the 1999 Constitution empowers only the local government councils with the provision and maintenance of refuse collection and disposal et cetera. The Lawyer further contend that Lagos State Government and especially the Lagos State House of Assembly cannot manage, control and administer refuse, sewage and waste disposal as that is the exclusive preserve of the respective Local Governments in the State. The High Court and the Court of Appeal crushed the Lagos State Government and the Lagos State House of Assembly, the Ministry of the Environment, LAWMA et cetera. The unconstitutional monthly environmental exercise has since collapsed.

The two examples narrated above were very good initiatives but failed and flopped embarrassingly and hopelessly because sound, practical legal advice were not sought by megalomaniac politicians in government.

I am fully in support of any move by the State Government, the Lagos State House of Assembly or any organ of government to clean up and protect the environment but the methodology and strategy are the issue here.

Two of the world’s nagging challenges are issues bothering on health and environment. Most life threatening diseases like ebola, malaria, lasa fever and other tropical epidemics are triggered-off by unhealthy environment. Thus environmental challenges is humanity’s nightmare of the 21st century. To contain this malaise, environmental laws are formulated to contain man’s deleterious activities and bring defaulters to book. The subject of environmental challenges has suffered too much neglect over the years. This is not only in Nigeria, but in many counties of the world. And sadly, the entire field of environmental law is only given a lip service! Policies of government on the environment are mere white elephant, egregiously embarrassing and useless! I shall state more reasons later in the discourse.

The Constitution of the Federal Republic of Nigeria, 1999 (4th Alteration) makes provision for the protection of the environment. Section 20 states for instance:

” The state shall protect and improve the environment and safeguard the water, air and land, forest and wild life of Nigeria.”

The above constitutional provision was emphasized and given judicial validity in the popular Malaysian case of Kajing v. Ekran Bhd & Ors (1996) 2 MLJ, where the court held inter alia “ the environment, land and forests are not just  a source of livelihood, but constitutes life itself, fundamental to the social, cultural and spiritual survival of peoples”.

The 1999 Constitution is unique, among other constitutions enacted before it for being the first and only Nigerian constitution to contain provisions safeguarding the environment. I wish to state that the said provision is merely hortatory, a white elephant as it is not binding on the organs and institutions of government because it falls under the Chapter 2 of the Constitution (i.e sections 13 to 24) which is not justiciable. The provisions are not justiciable because no action can lie against any organ of state for failure to comply with the provisions of the under section 20 by reason of section 6(6)(c) of the Constitution which has ousted the jurisdiction of the Court to entertain any action filed against the (state) government or the House of Assembly or any organ of government for their failure to protect our environment. So, you see what I mean.

Why would the 40 legislators expect Lagosians to help them find a lasting solution to an impossible task? Can anyone carve a pestle from a banana trunk?

For the Lagos State House of Assembly to ask Lagosians to gather somewhere “to proffer lasting solution to “ENVIROMENTAL CHALLENGE” “ is like playing a piano in the rain! It is, in my view, a gross absurdity bordering on crass official ignorance. Why? Because the lasting solution lies with politicians who are in government, not the helpless, hapless people of Lagos.

The non-justiciability of Chapter 2 of the Constitution particularly the section 20 under reference is contrary to the right created under the Fundamental Enforcement Rights provisions in Chapter 4 of the same Constitution as any person who alleges breaches can apply to the High Court of the State for the enforcement of the fundamental right of that person. (See section 46(1) of the Constitution.Like I stated last Wednesday, South Africa has, however, left Nigeria behind by moving away from Nigeria’s constitutional deadness on environmental protection. South Africa has recognized environmental rights as human rights and, therefore, be protected as fundamental rights. I humbly refer you all to see A. du Plessis, Perspective Approaches to the Interpretative and Realisation of South Aftrica’s Constitutional Environmental Right (2009) SAJELP Vol. 16 Pt.2 131.

Section 24 of the Constitution of the Federal Republic of South Africa provides:

Everyone has the right-

(a) to an environment that is not harmful to their health or well-being; and

(b) to have the environment protected, for the benefit of present and future generations, through reasonable legislative and other measures that-

From the foregoing, you will we agree with me that the South African constitutional approach is anthropocentric while Nigeria’s approach is anachronistic, the South Africa’s human right protection of the environment is a holistic view of humanity in which humans are central. Nigeria’s constitutional protection of the environment is a white elephant, narrow, impotent, toothless yet filled with deadness which stinks in the nostrils of the good people of Mainland and Lagos as a whole. Nigerian constitutional drafters and legislators should follow the South African trend. The section 20 of the Nigerian Constitution should be delisted and re-enacted under the Fundamental Rights Enforcement Chapter which is Nigeria’s equivalent of the Bill of Right. Lasting solutions to environmental challenges can only be achieved through the vehicle of human rights not by political jamborees or talk-shops.