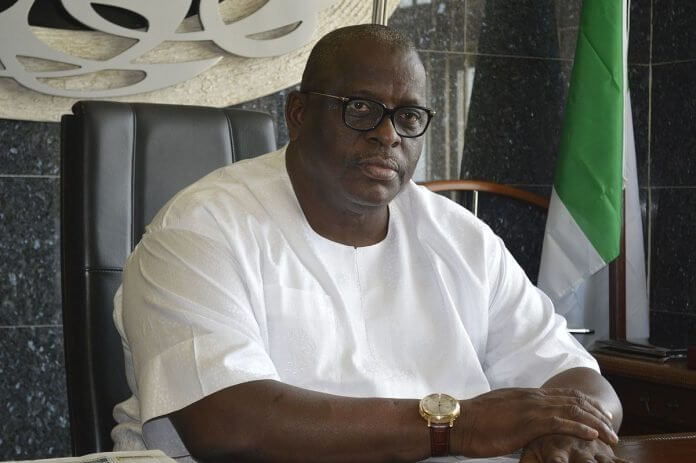 A Federal High Court in Lagos on Thursday, awarded cost in the sum of N100,000 in favour of the defendants in a suit filed  by Sen. Buruji Kashamu, seeking to stop his extradition to the United States, to face drug related charges.

Kashamu, who is Senator representing Ogun East Senatorial District at the National Assembly, had in his suit with No. FHC/L/CS/930/2018, joined the following as respondents: The Inspector General of Police, Commissioner of Police Lagos Police Command, Director General State Security Service (DSS), National Drug law Enforcement Agency NDLEA, and the Attorney General of the Federation (AGF)

He is urging the court to restrain the respondents and their agents from arresting or detaining him, in any manner whatsoever, or interfering with his right to personal liberty and freedom of movement.

Justice Chukwujekwu Aneke had taken arguments in the suit from respective parties and had reserved his judgment until April 29.

On April 29, judgment could not be delivered in the suit as the period fell within the Easter vacation, and the court did not sit.

The matter was consequently, adjourned until May 10.

When the case was called on Thursday, only Messrs O.Bajela and J.N Sunday appeared for the third and fourth defendants.

The court then asked defence counsel if they had seen a letter from the plaintiff counsel, seeking adjournment of the suit for being before the court of appeal.

In response, defence counsel expressed dissatisfaction at the frequent adjournment, on the grounds that the case had been adjourned severally at the instance of plaintiff.

They added that it was the case of the plaintiff and they ought to exhibit diligence.

Consequently, the third defence counsel urged the court to award cost of N100,000 in its favour against the plaintiff.

In the same vein, 4th defence counsel, also asked for a cost of N200,000 aganst the plaintiff.

In a short ruling Justice Aneke awarded  cost of N50,000 each in favour of third and fourth defendants respectively.

The court adjourned the case until Oct.31 for hearing.

In a supporting affidavit, the applicant  averred that by a newspaper publication, the Attorney General of the Federation was reported to have said that the US Government had been told to make fresh request for his extradition,  after the former proceedings were dismissed.

He averred that, in a proceeding instituted in England by the US authorities between 2002 and 2003, it was established that he was not the one implicated in the alleged narcotics offence committed in the US in 1994.

He said that consequently, he was not the person sought after by the US authorities.

Kashamu, is therefore, urging the court to restrain the respondents and their agents from arresting or detaining him,  in any manner whatsoever, or interfering with the applicants’s right to personal liberty and freedom of movement.

Meanwhile in a preliminary objection, deposed to by one Kareem Olayinka, the NDLEA averred that authorities of the United States are currently seeking to extradite the applicant to their country, to answer charges relating to Heroine trafficking.

He said that the US government then made a request to the Nigerian government, for the applicant to be extradited sometime in May 2015.

The Agency said that since Kashamu got wind of the extradition request, he has filed multiplicity of law suits relating to the issue.

He averred that in all these actions the basic relief sought, is a restraining order against the NDLEA, from arresting and extraditing him to the US.

According to the NDLEA, this suit does not disclose any cause of action against the respondent, adding that the multiplicity of the action by the applicant against the NDLEA,  is intended to divert its energy and attention from discharging its mandate to the nation.

He, avers therefore, that the NDLEA needs the protection of the court to stop this trend, as the applicant is only engaged in shopping for a forum that will grant his desired reliefs.

The Agency is therefore, asking the court to dismiss the suit