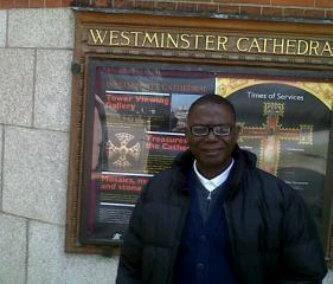 Ononenyi Chief Theodore Anachuna Ezeobi was an accomplished lawyer a quintessential gentle man, the Lawyer’s Lawyer, a dedicated Bar man, teacher and mentor and a distinguished Senior Advocate of Nigeria.

A native of Awgbu in Orumba North Local Government Area in Anambra State, Chief Ezeobi SAN was born on the 11th of February, 1939. He attended St Michael’s Primary School Awgbu, St Anthony Primary School Nanka and Government College Umuahia. For his tertiary education, he attended University of Lagos and University of Nigeria where he obtained his A-Level and Law Degree respectively on Standard Bank Limited Scholarship.  He was called to bar twice; first to the Biafra Bar and then to the Nigerian Bar.  He began his legal career at the firm of Onyiuke & Co Legal Practitioners and later founded the chambers of Ezeobi and co in 1982.

Chief as he was fondly called was the first Nigerian Company Secretary/Legal Adviser of Standard Bank of Nigeria Ltd., now First Bank of Nigeria PLC and appeared in all hierarchy of courts in Nigeria and handled high profile cases with brilliance and erudition. Notable among the cases he handled outside the shores of Nigeria was his appearance before the Permanent Court of Arbitration Panel at Palace in the Hague Netherlands for Taraba State Government.

He was a member of other notable associations, including; Peoples Club of Nigeria, Otu-Oka-Iwu, Ndigbo Lagos, and Patron; Association of Anambra State Development Unions, Lagos, Catholic Lawyers Association, and Catholic Youths Organisation of Nigeria. “He was interested in Gardening, loved watching football, listening to good music, photography and travelling.

Chief Ezeobi was married to Iyom Bernadette Ezeobi and blessed with five children, all of whom are lawyers.  He died in 2014 at the age of 75.

Sources: The Nation; Blerfs who is who in Nigeria online