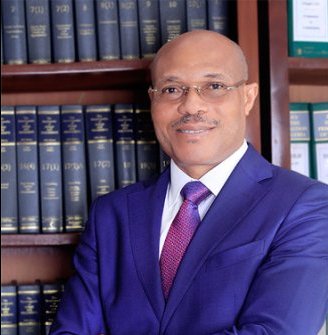 As soon as the Independent National Electoral Commission (INEC) released the time table for the conduct of the 2019 General Elections, the various registered political parties set the machinery in motion for the conduct of primary election in line with the provisions of the electoral act 2010 (as Amended).

While the conduct of primary election was smooth in many states of the federation, the story was not the same in states like rivers and Zamfara particularly under the all progressive congress party (APC) being the ruling party in Nigeria. The APC in rivers state was barred by the Supreme Court from participating in the 2019 election because of its flagrant disobedience of lawful orders from a court of competent jurisdiction, the High Court of Rivers State.

In Zamfara State, like the case of Rivers State, two factions of the APC have been enmeshed in legal tussle over its primary election leading to the 2019 general election. While one faction claimed that the party conducted primary election on the 3rd and 7th October 2018 for the Governorship, National Assembly and State House of Assembly Election, another faction said there were no primary elections conducted in Zamfara state under the APC. The courts were therefore called in to resolve the controversy.

ALSO READ   Covid-19: Curative Measures & Regulations by the Nigerian Government vis a vis the Fundamental Human Rights of Citizens and Other Matters Arising - Oshoma A. Aduku

the pronouncement of the Court of Appeal (per Tom Shaibu Yakubu JCA) is quite instructive and revealing and I wish to quote from the judgment of the court when it found as a fact that no primary election was conducted in Zamfara state under the APC for the 2019 General Election.

“From the provisions of paragraphs 14 and 20 of the guidelines, there is very clear emphasis on the person to be recruited for the purpose of conducting primary elections, both paragraphs placed emphasis on recruiting persons from outside the area where elections are to be conducted, the power to appoint the 7 man committee is vested in the national working committee, pw1 stated in his evidence that Lawal M. Liman is the Chairman of the party in Zamfara state, he is not a member of the National Working Committee, he was not appointed by the National Working Committee to conduct primaries, in the face of all these hard facts, he crafted exhibit 6 signed and sent list of allegedly successful candidates to the Resident Electoral Commissioner Zamfara State, forwarding list of successful candidates, and the list included his name as a successful candidate, he is also one of the respondents in this Appeal.

“I must say it loud and clear, that Lawal M. Liman the Chairman of all progressive congress party in Zamfara state had no slightest power to conduct primaries and forward list of successful candidates to independent national electoral commission. He acted illegally against his party’s constitution and guidelines with respect to conduct of primaries. He had no authority or slightest business conducting primary elections and forwarding list of allegedly successful candidates including his name to independent national electoral commission. His action is incongruous, patently bizarre and detrimental to healthy competition in politics. It is also strange that pw1 insisted that primary elections were conducted, his stance was either founded on ignorance or a calculated design to stick to falsehood and hoodwink the lower court. i must also add, that pw1 is not a reliable witness because he has a mission and a purpose to serve. he is a candidate and a product of the purported party primaries, hence he has a stake in the purported primary election, which he tried to defend by all means, all be it very unfairly.’’

A consideration of the relevant provisions of the electoral act, particularly sections 31 (1) and 87 (1) of the act, may throw more light into the decision of the court of appeal regarding the primary election of the APC in Zamfara State. Section 31 (1) of the Electoral Act 2010 (as amended) provides that: “every political party shall not later than 60 days before the date appointed for a general election under the provisions of this act, submit to the commission in the prescribed forms the list of the candidates the party proposes to sponsor at the elections. The above provision of the law, takes me to section 87 (1) of the same Electoral Act the section also dealing with primary elections provides as follows: 87(1). A political party seeking to nominate candidates for elections under this act shall hold primaries for aspirants to all elective positions.

From the finding of the Court of Appeal, the provision of Sections 31 (1) and 87 (1) of the Electoral Act 2010 (as amended), and the APC guidelines for the nomination of candidates for the 2019 general elections – direct primaries, prescribed the mode of producing candidates for 2019 general election. in this instance therefore, there is no gain saying the fact that the procedure circumscribed by the Electoral Act, and the APC Guidelines for the conduct of primary election into the office of Governor, membership of the National and State House of Assembly must be followed for the conduct of the primary election to be valid in the eye of the law. this is so because, the law is very clear that when a statute dictates a certain mode of doing an act, then that method and no other must be employed in the performance of the act. See Bernard Amasike v. Registrar General, Corporate Affairs Commission (2018) LPELR – 456 (SC). See also CCB Nig. Plc v. A.G. Anambra State (1992) 8 NWLR (pt. 261) 528 at 556.

I am extremely sad that political actors often call upon our courts to perform the onerous and difficult task of interpreting our laws in the face of obvious impunity and flagrant disregard of extant provisions of our laws. i say i am sad because the rules for the conduct of primary election do not require a third party’s interpretation for their observance by the participants in the electoral process who are part and parcel of the making of the laws and designing the procedure. However, the judiciary cannot shirk its sacred responsibility to the nation to maintain the rule of law. It is both in the interest of the government and all persons in Nigeria. The law therefore, should be even handed between the government and the citizens. This is why I have no hesitation in commending the judicial boldness displayed by the Court of Appeal sitting in Sokoto in the Zamfara state All Progressive Congress party primary election when it set aside the judgment of the High Court of Zamfara state recognizing the primary election that never took place from the evidence placed before the court.

The statement must be made that the rule of law is the opposite of the rule of power. It stands for the supremacy of law over the supremacy of individual will. In this instance, I have no doubt in my mind that the supreme court without hesitation will affirm the sound judgment of the Court of Appeal. The law remains the same that if an act is void, it is incurably void, and every other proceeding, which is founded on it is also bad and incurably bad. For you cannot put something on nothing and expect it to stand. It will surely collapse. This impunity and reckless disregard of our laws must stop and the antidote is a bold and fearless judiciary.

Ogwemoh, a Senior Advocate of Nigeria, writes from Lagos.

An Overview of Medical Negligence in Nigeria, Its Injurious Effect on...