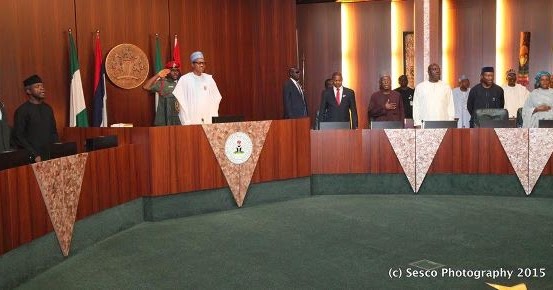 The Federal Government Executive Council has approved a justice sector policy for the country essentially to reform the sector by simplifying access to justice.

The Attorney-General of the Federation and Minister of Justice, Mr Abubakar Malami, who spoke on the issue, explained that the policy would ensure “speedy determination of justice” and fairness to all Nigerians.

“That is in a nutshell the justice sector policy that was approved by the council.”

The FEC meeting, which was presided over by President Muhammadu Buhari, also approved a memo seeking to amend the Geneva Convention Act 2004 to “accord greater access to justice by prisoners of war.”

Malami said Nigeria was behind the rest of the world in terms of according prisoners of war certain rights and privileges.

The minister explained the purpose of the Geneva Convention, saying, “It is a convention that was designed to provide protection to prisoners of war; to people involved in armed conflicts and associated infractions.

“For example, there has been in existence a policy that accords protection to prisoners of war; what you can do to them; the level which you can approach them; the type of protection you can afford to civilians during times of war and conflicts.”

On why the amendment became necessary, Malami added, “With emerging trends, particularly as they relate to best practices, the need arises for us to amend our laws to be at par with international best practices.

“To this effect, the amendment, among other things is to accord greater access to justice by prisoners of war in cases of breach.”
ALSO READ   President Buhari Signs Not-Too-Young-To-Run Bill