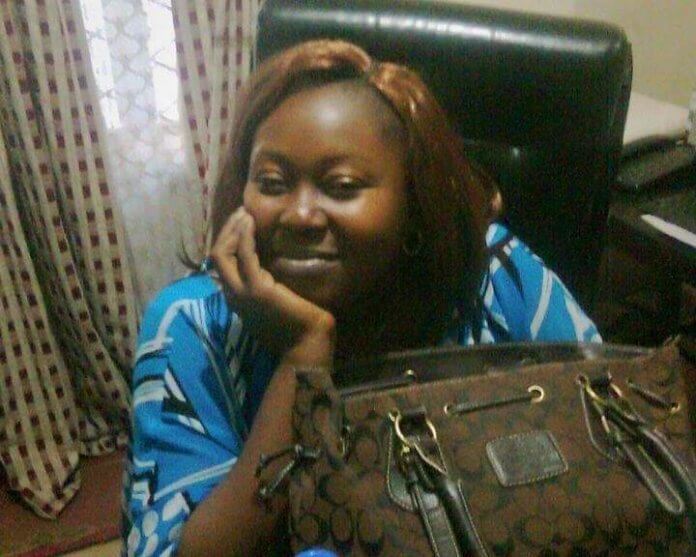 Mr. Steven Nwankwo a.k.a Steve Sun announced this on his facebook page with the below heartbreaking eulogy:

Barr. Olivia Ngọzi Okpaleke (Fida Ebonyi Chapter Chairperson) knew the law in and out.
Whenever i ran into complicated or novel areas of the law, i would place calls to several senior lawyers, SANs, Judges and Justices.
With due respect to all these persons, Ngozi’s counsel always proved to be the richest.

Ngọzi was one of the nicest human beings on the planet; i do not know of a single person who disliked her.
She was full of grace.
She’s a dependable ally.
She’s the type of person to whom i would’ve gladly donated one of my organs.
I have not cried in a long while (the last time i remember crying was when i lost my dad in 2004 and when the Ebonyi CJ’s former P.A., Chidi Ngele “Agbaruọ” passed; he was a bosom friend and we all attended St. Augustine’s Seminary) but i cried bitterly when i confirmed the rumours of Ngozi’s demise.

I have lost close friends this year, such as the former Chairman of NBA Kaduna Branch, Olumuyiwa Olowokure, who was the Technical Director of the #AOOSAN campaign; but Ngozi’s demise is a heavy blow below the belt for me and words cannot express my sadness.

Abakaliki Branch has lost a rare gem and i have lost a good friend.
My eyes are heavy with tears.
I am very unhappy.
I am inconsolable.
This incident has spoilt not just my day, but my entire year.

PS: Sincere apologies to those who reacted and/or commented to/on my previous post. It is not in my character not to acknowledge comments, just that i’m overcome with shock and grief.😥😞