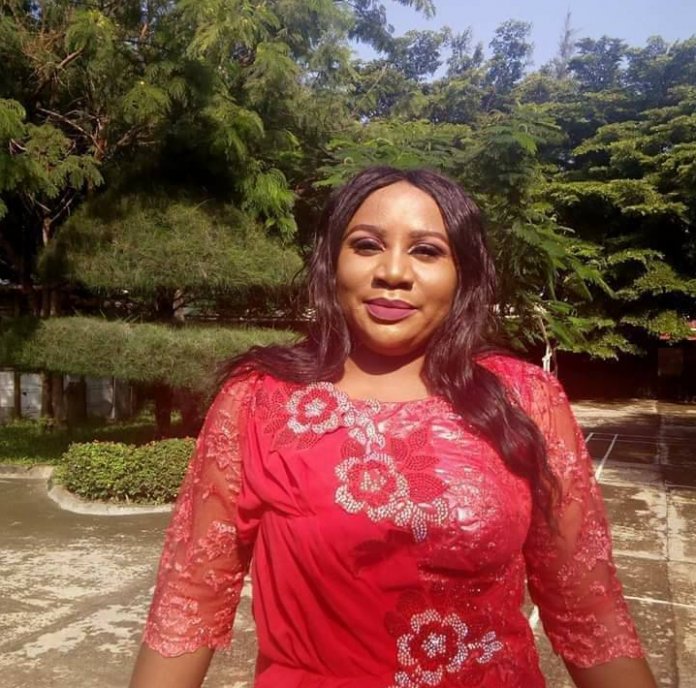 Mrs. Laraba Dabon, Secretary International Federation of Female Lawyers (FIDA) Taraba State and the wife of Magistrate Dabon of the Taraba State Judiciary is dead. Laraba was said to have died early this morning after a brief illness at the Federal Medical Center Jalingo, Taraba state.

Life indeed is like a candle in the wind as Elton John, that great musician described on the occasion of the death of Princess Diana of Whales. This indeed is what we were confronted as early as 6:00am today with the first call from a Magistrate informing us of the demise of a beloved friend, sister, wife and a colleague whose departure occurred this morning after a very brief illness.

Laraba was one of our very own who has contributed immensely to the growth of the Bar as well as Fida Taraba and Lawyer Officers Association. A graduate of the University of Maiduguri from 2003 to 2008, she attended the Nigerian Law school Bayelsa Campus from 2011 to 2012 where she was called to the Bar. She subsequently began her legal practice with G.T Kataps and Associates from 2012 to 2013 from whence she was was appointed a State Counsel II by the Ministry of Justice, Taraba State. She just got promoted as State Counsel I.

She was the Public Relations Officer of the International Federation of Women Lawyers, Taraba State Chapter and currently her Secretary. A very active member of the Jalingo Bar, Laraba was married to her beloved her husband Magistrate Donald Dabon in June, 2018.

We commiserate with His Worship Magistrate DABON as we remember the words of Rabindranath Tagore ” Say not in grief that she is no more but say in thankfulness that she was. A death is not the extinguishing of a light but putting out the lamp because the dawn has come” . The dawn has broken for our dear sister and may her good deeds be a ticket to the heavenly place we all long for. Adieu Donald! Adieu Fida,! Adieu NBA. Rest on dear.

May her soul rest in peace and may God grant her family the fortitude to bear the irreparable loss.