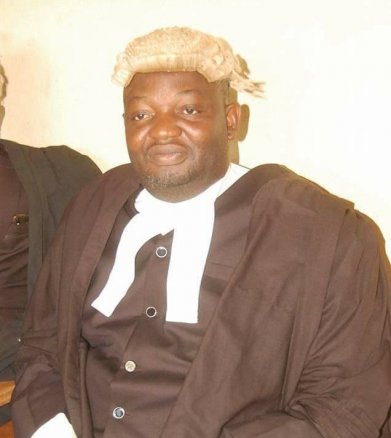 Unknown gunmen in the early hours of Tuesday abducted the immediate past chairman of the Nigeria Bar Association, Jalingo branch, Mr. Joel Ubandoma.

Ubandoma was kidnapped in his house in Mayo-Dassa, Jalingo, at about 1:am on Tuesday, a family source told our correspondent on telephone.

Confirming the development, Publicity Secretary of NBA Jalingo branch, Boniface Iorkumbur, said the NBA family in Jalingo received the news of the abduction of Joel Daniel Ubandoma with shock and pray for his quick release.

“We woke up this morning with the devastating news of the abduction of our learned colleague, J. D. Ubandoma Esq., the immediate past chairman of our branch.

“He was reportedly kidnapped last night at his house in Mayo-Dassa area of Jalingo.

“In the interim, we urge our members to pray for his immediate, unconditional and safe release from his captors.

“We also urge the security agencies to intensify efforts to ensure his immediate release,” he said.

Taraba State Police Public Relations Officer, ASP David Misal, also confirmed the incident, but promised to get back to our Correspondent with more information regarding the incident and the efforts of Police in rescuing him.

Our correspondent reports that two days ago, a woman was also kidnapped in the ATC area of Jalingo near the state university.

At the time of filing this report, a family source said the kidnappers were yet to get to the family regarding ransom.

NBA Decries Alleged Extortion Of Motorists By Soldiers in Ebonyi