Home Columns Weird Law “I Am A Legal Practitioner” – Read How This Saved a... 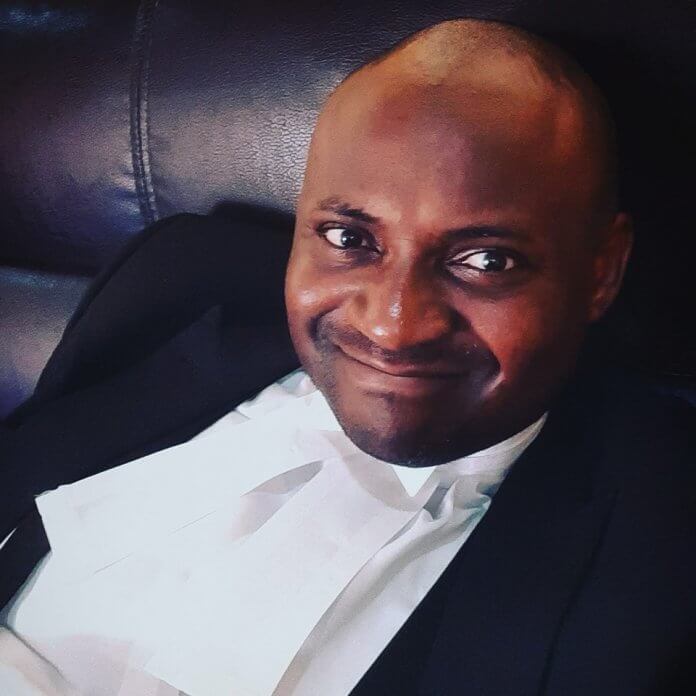 “I am a Legal Practitioner”, was all the introduction needed to escape the brutality of soldiers by a legal practitioner identified as Olakunle Tayo Fapounda.

Read his story below:

I Am A Legal Practitioner –

…Monday 1 July 2019 was a very hectic day for most of us here in Lagos State. I had risen as early as 4.00am and left home at 5.00am, with a view to finding my way to Ikeja early enough, a trip which ordinarily ought to have taken me 1 hour from the other side of the city but ended up wasting 5 hours of my existence in the process. I had my meeting in Ikeja, as scheduled and returned to Lagos Island. By the time I got back to Lagos Island, it was already past 6.00pm and I did not even bother going back to the office. I just headed home straight.

The traffic from Onikan to Toll Gate was not so significant and I was oblivious of what may lie ahead of me at or should I say from First Roundabout. I decided to activate the Google Map application on my mobile phone for directions. Initially, it projected 2 hours and 16 minutes from that location to my destination and should I say I was sad? I forged ahead still. I made a detour at the Alternative Route as same was looking good on Google map and behold, after Maroko Police Station, some miscreants elected to form another lane and as a result of their irresponsible acts, another avoidable traffic gridlock started building up. Then boom! a truck surfaced from the opposite direction and one of the erring vehicles attempted to overtake my car after meeting a very big obstruction in the course of his insanity. As a typical Ekiti man, stubborn to “da bone”, I simply told myself, we die here! Within split seconds, two guys who turned out to be soldiers, still basking from the euphoria of power drunkenness 20 long years after the collapse of Khakistocra(z)y alighted from their marked Army vehicle (I would not disclose the registration number of the vehicle for personal reasons) and ordered me to come out of my vehicle for a thorough beating. Then my University of Benin (Ekosodin) instinct came to the fore. I simply wound down my glass just enough to be able to communicate without exposing my delicate face to that “army tossai slap” and struggled to mutter in a traumatized voice that I was a “legal practitioner.” I cannot remember ever introducing myself to anyone in that manner prior to that moment.

Someone should please educate these overzealous men that in this “Social Media Age”, one has to tread with caution. Unknown to them, I have pictures of the vehicle’s registration number and I’m aware that the car belongs to a general, but the general was not inside the vehicle at the material time because his insignia was covered. It was just some overzealous “unknown soldiers” who were trying to “show themselves.”

I have good friends, brothers, sisters and good clients in the Army and I hold them in high esteem. Had it been I forged ahead with my 44 Regular Course arrangement (I obtained the form and wrote the exam after all), today, 28 years after, I could have been a Colonel.

Thank God, I am a “legal practitioner”, “Army for don tossai my face.” Do You Believe that Litigants Use “Juju”? Lawyers on Twitter...