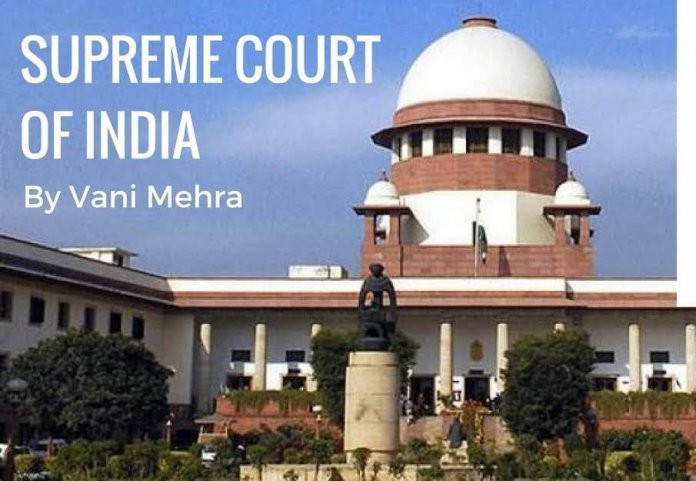 Indian Supreme Court has concluded hearings and reserved judgement in perhaps the world’s oldest civil dispute, to decide whether the site of the Babri Masjid located in north Indian city of Ayodhya in Uttar Pradesh province, belongs to Hindus or Muslims, the news agency Press Trust of India (PTI) reported on Wednesday.

The case was making rounds in different courts since 1949, when local Muslims sought judicial intervention to remove an Idol of Hindu god Lord Rama, which some Hindus scaling the wall, had placed at the sanctorum of the mosque.

The five-judge constitution bench, headed by Chief Justice of India Ranjan Gogoi, conducted marathon hearings over past 40 days. The bench has given parties three days to submit written submissions. The issue has been a source of communal discord, devouring millions of lives over more than a century in communal riots.

The verdict in the case – which has dominated Indian political scene for decades – is expected to come before Nov. 17, when Gogoi, is slated to retire.

The apex court was hearing 14 appeals filed against the 2010 Allahabad High Court judgement that had partitioned the site of the mosque measuring 2.77 acres between three parties – the Sunni Waqf Board, Ram Lalla (Hindu deity) and the Hindu litigant Nirmohi Akhara.

The majority judgement running over 8,000 pages had also accepted Hindu belief that Lord Rama was born at the site of the mosque, some millions of years ago, thereby handed over the portion below the central dome to Hindus.

The day to day hearing in the case commenced on Aug. 6, after chief justice declared that the mediation talks initiated by a panel, including former Supreme Court Judge FM Khalifullah, Hindu Seer Sri Sri Ravi Shankar and Sriram Panchu, an arbitration lawyer did not yield results.
The last day of hearing saw dramatic moments in the court, when a senior lawyer tore up a map and relentless interruptions infuriated the judges.

Rajeev Dhavan, representing Muslim petitioners, tore up a pictorial map showing the Rama birthplace after asking the court’s permission. He said the map, forwarded by the Hindu petitioners, could not be submitted as evidence since the court had earlier refused to accept it.

It caused commotion to the extent that at one-point Gogoi threatened to walk out.
During the hearings, the Muslim respondents said that there was no claim for the title of the land by Hindus until 1989. They asked for the restoration of the Babri Masjid as it stood before it was demolished in December 1992. The Hindus have contended that a mosque can be built anywhere, but there is only one birthplace of the Lord Rama.

Babri Mosque
In 1885, a Hindu religious body asked a court for permission to construct a temple to honor the Hindu deity Rama inside the premises of the Babri Mosque, said to have been built by Mughal Emperor Babur in 1528. Permission was denied.

In 1949, a group of Hindus entered the mosque premises and installed an idol of Rama there. Declaring the area disputed land, the government locked the premises with the idol remaining inside.
In 1986, the local administration unlocked the premises and allowed Hindus to perform rituals.
In 1990, a campaign for the Ram temple at Ayodhya propelled the now ruling BJP into a major political force. Since then, the party has made construction of a grand Ram temple an important poll issue.

Accusing the opposition Congress for delaying a decision on the issue, Prime Minister Narendra Modi said: “We have said in our BJP manifesto that a solution would be found to this issue… Let the judicial process be over. After the judicial process is over, whatever be our responsibility as government, we are ready to make all efforts.”