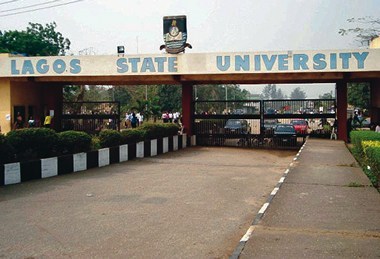 The National Industrial Court has ruled that the demotion of a Nigerian academic, in 2016, by the Lagos State University, Ojo, was an exercise in nullity,

The court ordered that N100 million be paid to the lecturer as damages.

Olatunji Abanikanda, an expert in animal breeding and genetics, had his professorial appointment invalidated by the LASU management following a decision taken by the school’s governing council in August 2016.

He was demoted to the rank of a senior lecturer. His colleagues under the lecturers’ union, ASUU, had petitioned the council alleging Mr Abanikanda’s 2012 professorial appointment did not follow due process.

He was accused of skipping the rank of the associate professor before full professorship.

An ad hoc investigative committee had advised the council to demote Mr Abanikanda.

Following the university’s action, Mr Abanikanda approached the Lagos division of the industrial court, asking the court to quash the decision that invalidated his professorial appointment. He, then, sought that he should be reinstated to professorial rank and that his appropriate entitlements from July 14, 2016, be paid.

He also sought an order that N100 million be paid to him as damages by the university.

In the court papers seen by PREMIUM TIMES, he stated that his appointment was done by the university following the recommendation of the Appointment and Promotions (academic) Committee (APC).

But the ad hoc committee that recommended his demotion was lacked powers to do so, he submitted.

The university, however, in their defence, submitted that they acted right having been advised by the ad hoc committee.

They further stated that Mr Abanokanda could not tender evidence he was confirmed an associate professor before applying for professorial rank in line with the relevant rules guiding senior academic staff in the university.

The judge, Benedict Kanyib, according to the judgement seen by PREMIUM TIMES, noted that two ad hoc committees were set up by the council in succession. The first such committee advised the ASUU’s petition against Mr Abanikanda be referred to APC.

But dissatisfied, the council constituted another committee, which, then, recommended the withdrawal of the professorial appointment, the judge further noted.

He, then, upheld the argument of Mr Abanikanda that the second ad hoc committee, that recommended his demotion, had no such power. Instead, the judge stated, only the APC could make such a recommendation.

On the point that Mr Abanikanda skipped a rank and, so, should not have been made a professor, the judge, Mr Kanyib, held: “A critical issue, not really addressed by the defendants, is whether the claimant has the qualification(s) needed to be a full Professor aside from the three years on a cadre requirement.

“The talk of “apply and be promoted” only shows a gross misunderstanding of the true import of clause 9.0(D) by the defendants. In contrast to clause 9.0(D), clauses 8.8 and 10.0 of LASU Conditions of Service and the provisions of the Senate Approved Minimum Standard for Appointments and Promotions of Academic Staff make provision for appointment to Professorial cadre i.e. Associate Professor and Professor contrary to the thinking of the defendants.”

The judge, consequently, ordered the university to reinstate Mr Abanikanda’s professorial appointment, pay him N100 million as damages and that his entitlements from July 14, 2016, be paid to him.

The judgement was delivered on June 18 in Lagos.

Commenting for this report, Mr Abanikanda said he had not heard from the university weeks after the judgement was delivered.

“The university’s legal unit was fully represented and my solicitor has officially communicated the judgement to the university,” he told PREMIUM TIMES on Saturday morning from the United States where he said he is for a conference. “I have not heard from them but can’t say if they have done anything in the past days that I have not been around.”

Asked if he was optimistic that LASU would comply with the judgement, he said he expected compliance, noting that the Vice Chancellor, Olanrewaju Fagbohun, is a senior lawyer.

He said he was not bothered by his problem with the school. “I am in the U.S. for a conference that starts on Monday and I have been attending (this conference) with a PhD for years.”

He joined LASU 20 years ago – four years after he had earned his doctoral degree, he said.

The spokesperson for the school, Ademola Adekoya, told PREMIUM TIMES on Saturday morning that “I am not aware” such judgement was delivered. He promised to contact us as soon as he is briefed.

He said the university had a reputation for complying with court rulings, he replied: “Of course, LASU is a law-abiding institution. We’ll comply. Why not? Except, of course, there is a room for appeal,” he said.

Mr Abanikanda told PREMIUM TIMES his being “anti-strike” caused his disagreement with his colleagues and, consequently, the petition against him.