Home Law Student Rendezvous The Equivalent of Senior Advocate of Nigeria in Other Jurisdictions – Toyin... 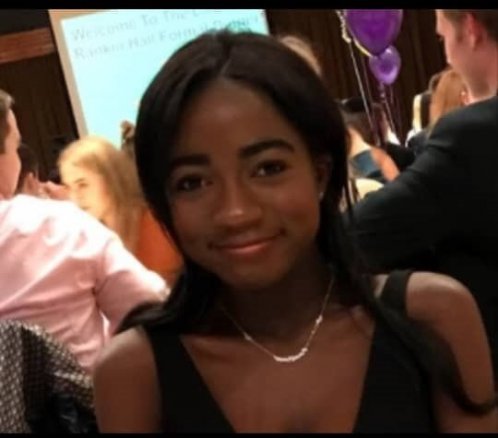 Senior Advocate of Nigeria (SAN) is a title that may be conferred on legal practitioners who have distinguished themselves in the legal profession. It is the equivalent of the rank of Queen’s Counsel in the United Kingdom.

Below is a review of the equivalent of the rank in some other jurisdictions.

Senior Advocate of Nigeria (SAN) is a title that may be conferred on legal practitioners in Nigeria of not less than ten years’ standing and who have distinguished themselves in the legal profession. It is the equivalent of the rank of Queen’s Counsel in the United Kingdom.

The conferment is made by the Legal Practitioners’ Privileges Committee, headed by the Chief Justice of Nigeria and consist of the Attorney-General, one Justice of the Supreme Court, the President of the Court of Appeal, five of the Chief Judges of the States, the Chief Judge of the Federal High Court and five legal practitioners who are Senior Advocates of Nigeria.

Formally, the appointment was a royal one made on the advice of the Lord Chancellor. In 2004 after the suspension of the appointment of QC, the new appointment was by a nine-member panel, chaired by a lay person and include two barristers, two solicitors, one retired judge, and three non-lawyers. The Lord Chancellor supervises the process and reviews the panel’s recommendations in general terms to be satisfied that the process as operated is fair and efficient.

South Africa’s system of senior counsel was inherited from British law, where royalty had the power to appoint a Queen or King’s counsel.

In South Africa, an advocate has the title of senior counsel conferred upon him or her by the president after successfully applying to the Bar association to which they belong.

The Bar associations consider the applications, and a list of approved names is submitted to the Judge President of the High Court in which that advocate appears.

The relevant Judge President then makes recommendations via the justice minister.

According to the Indian Supreme Court Guideline for the regulation of the conferment   of designation  of Senior Advocates,   2018,  all  the  matters  relating  to  designation   of Senior  Advocates   in the Supreme Court   of   India  is  dealt   with   by  a   Permanent Committee known  as  “Committee   for  Designation   of  Senior Advocates” consisting  of; the Chief Justice  of India, two most Senior  Judges   of the  Supreme  Court of India, Attorney  General  for India, a Member  of the  Bar, as nominated.

For an advocate to be eligible for designation as Senior Advocate, he must have 10 years’  combined   standing   as  an  Advocate   or  a District  &  Sessions   Judge,  or  as  a Judicial   Member   of  any Tribunal in  India  whose   qualification    for  eligibility   for  such appointment, is not less than that  prescribed  for appointment as a District  Judge or must have been a Chief  Justice  or a Judge  of a High Court other outlined qualifications.

In Canada, the honorary title of Queen’s Counsel, or QC, is used to recognize Canadian lawyers for exceptional merit and contribution to the legal profession. Queen’s Counsel appointments are formally made by the provincial Lieutenant-Governor from members of the bar of the relevant province, on the recommendation of the provincial Attorney General.

The practice of making Queen’s Counsel appointments is not consistent across Canada, and the eligibility criteria vary. Reforms have attempted to de-politicize the award, making it a recognition of merit and community service. Committees composed of representatives of the bench and the bar screen candidates and advise the relevant Attorney General on appointments.

A limited number of senior barristers receive ‘silk’ – becoming Queen’s Counsel or Senior Counsel – as a mark of outstanding ability. Both types are collectively known as “senior counsel.”

Senior counsel are barristers of seniority and eminence. The designation of senior counsel provides a public identification of barristers whose standing and achievements justify an expectation that they can provide outstanding services as advocates and advisers, to the good of the administration of justice.

Before a barrister is appointed senior counsel, he or she must possess a high degree of skill and learning, integrity and honesty, independence, diligence and experience.

Senior counsel are also colloquially known as “silks.” This is because their robes include a gown made of silk – junior counsel wear gowns made of cotton.

Guidelines for the appointment of Queen’s Counsel are issued by the Attorney-General and Chief Justice pursuant to regulation 5 of the Lawyers and Conveyancers Act (Lawyers: Queen’s Counsel) Regulations 2012. The appointments are made by the Governor-General, by Letters Patent, under the Royal prerogative.

The New Zealand Bar Association President consults with a panel of senior practitioners from around the country in terms of candidates applying for Silk, as well as with the New Zealand Law Society.   The Solicitor-General then consults the New Zealand Law Society and the New Zealand Bar Association and conveys the views of both organizations to the Chief Justice and Attorney-General. The Attorney-General and Chief Justice then discuss the candidates. Following such discussion and consultation the Attorney then recommends appointment to the Governor-General. The Attorney then contacts the successful applicants individually and makes the formal announcement.

President’s Counsel is a title to recognize those who have reached eminence in the legal profession and have maintained high standards of conduct and rectitude. The title is equivalent to Queen’s Counsel (QC) or King’s Counsel (KC) in the British legal system. It is part of the tradition in the legal system, first introduced in England as far back in 1597. A QC or a KC is appointed by the monarch to be one of ‘Her/Her Majesty’s Counsel learned in the law’ and the term is also recognised as an honorific.

Until the 1972 Constitution by which Sri Lanka became a Free, Sovereign and Independent Republic, eminent Sri Lankan legal luminaries were conferred with the title KC and QC by the British monarch. Since 1972, up until 1984, the President had powers to appoint ‘senior attorneys-at-law’. In 1984, as the 8th Amendment to the 1978 Constitution, by Article 33 (cc) introduced the term ‘President’s Counsel’ who could enjoy the same privilege as of a QC and were to be appointed by the President of Sri Lanka.

At present, appointing of President’s Counsel (PC) is a power vested with the President as per Article 33 (2) (e) of the Constitution.

The senior officers in the Attorney General’s Department, confers silk ex-officio when the reach the post of Additional Solicitor General. With regard to the PCs appointing from private bar, the Constitution does not provide a procedure for selecting suitable candidates and the President is not legally bound to consult anyone in this regard. Also, the Constitution does not provide a limitation as to the number of appointments the President can make.

Senior Counsel is equivalent to the rank of Queen’s Counsel in the United Kingdom and some Commonwealth jurisdictions. The position was first introduced in country in February 2003.

Previously, to qualify as Senior Counsel one was required to have served as chair of the Law Society of Kenya (LSK). However, the rules were changed in October 2008 when Okong’o Omogeni was elected as the LSK president.

The Omogeni Regulations, titled Senior Counsel (Conferment and Privileges) Rules, stipulated that LSK chairpersons would no longer routinely qualify for the prestigious title.

In the new laws, all lawyers would have to apply for consideration. After application, a committee comprising the Attorney General, LSK chairman, a Court of Appeal and a High Court judge, three Senior Counsel, and four advocates would vet applicants.

To qualify, one must have 15 years’ experience as an advocate of the High Court, be a legal practitioner who undertakes training of junior members and has also argued serious and precedent-setting suits before superior courts.

According to Rule 11 of Order IV of the Appellate Division Rules, 1988, the Chief Justice and the judges may, on application or otherwise, select, from time to time, from among those whose names are on the Roll of the Advocates, persons who are judged, by their knowledge, ability and experience, to be worthy of being granted the status of Senior advocate and on signing the Roll of Senior Advocates shall assume the said status. A senior advocate cannot be enrolled as Advocate-on-Record (Rule 16).

Toyin Aduwo is a year two student of the University of Liverpool United Kingdom. She is interested in Legal research.