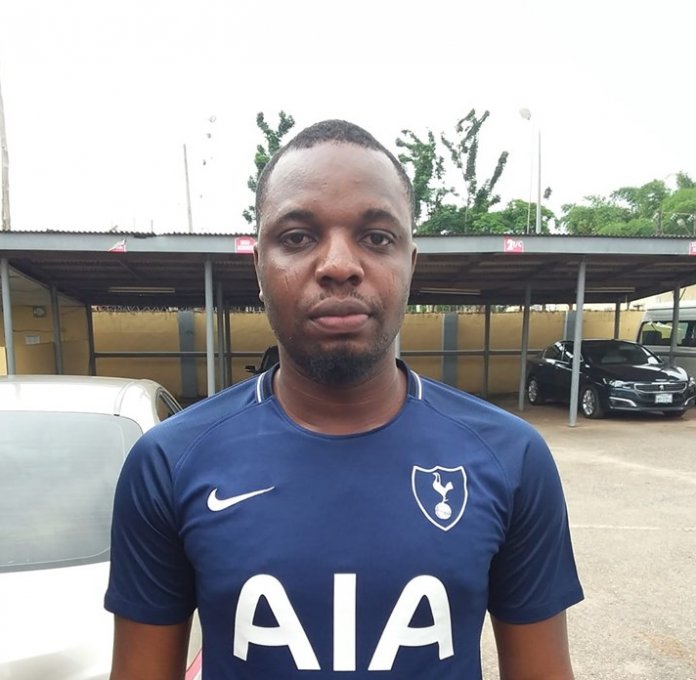 The Economic and Financial Crimes Commission, EFCC, Benin Zonal Office, on Wednesday, May 8, 2019 secured the conviction of Eric Ogbemudia at the Federal High Court sitting in Benin City, Edo State.

Ogbemudia was arraigned on a one-count charge of obtaining the sum of Eighteen Thousand Five Hundred Pounds Sterling by false pretence.

The charge reads: “That you, Eric Ogbemudia (alias David Mark) on or about the 17th August 2015, in Benin within the jurisdiction of this honourable court did with intent to defraud obtained the sum of £18,500.00 (Eighteen Thousand Five Hundred Pounds Sterling) from Mrs. Joan Gallyot, a British national under the pretense that she is one of the lucky winners of $852,000.00 (Eight hundred and Fifty-Two Thousand Dollars) Chevron/Texaco donation under its poverty reduction programme and that the money was for delivery charges of the cheque to her in the United Kingdom which you knew is false and thereby committed an offence contrary to Section 1(1) b of the Advance Fee Fraud and other Fraud Related offences Act 2006 and punishable under Section 1(3) of the same Act.”

Upon his arraignment, the defendant pleaded “guilty” to the charge.

In view of his plea, the prosecuting counsel, Immaculate Elody, prayed the court to convict and sentence the defendant, accordingly.

However, the defence counsel, I.E. Oriazuwale, pleaded with the court to temper justice with mercy. He said the defendant had shown remorse and had promised never to return to the crime.

Justice M.J. Umar, thereafter, convicted and sentenced Ogbemudia to six months imprisonment without an option of fine. The judge also ordered that all assets recovered from the defendant be disposed with the proceeds transmitted to the British High Commission for onward transmission to the victim of the crime.