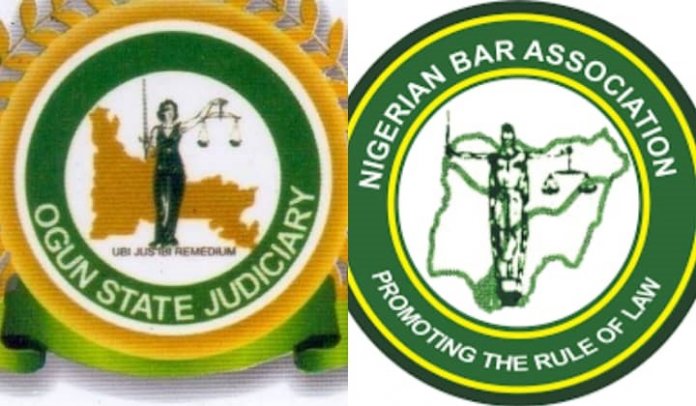 Efforts by the Nigerian Bar Association (NBA) to remove charlatans and incidents of ‘charge and bail’ lawyers within its ranks received a boost last week when the five branches of the association in Ogun State met and passed a resolution to that effect.

The five branches agreed to address the malaise of touting and prevailing quackery practices at magistrate courts in the state. This came after a “thorough debate” at a meeting convened by the head of Ogun State judiciary on August 20, 2019.

Chairman of the Abeokuta Branch, Emmanuel Olu-Alade, in a statement, said: “Lawyers are now advised to lodge written complaints of extortions and unfair practices by court officials to the Chief Judge directly, the Chief Registrar or through their branch officers. Payment of money for typing of verification affidavit has now been abolished as it is no longer the responsibility of lawyers or their client to assist court officials in the performance of their duties in respect of perfection of bail application.

“Verification sum of N2,000 only will be paid where the court official will carry out his assignment through public transportation and where counsel or his client is ready to provide means of transportation, then no money is required and/or expected to be paid. Lawyers or their clients are now at liberty to hire photographer of their choice for verification exercise or any other assignment where the court requires photographs.

“Inordinate delay by court officials in the presentation of bail bonds to Magistrates or their duties should be promptly reported. Lawyers are no longer allowed to convert and/or turn the court premises into their Chambers or consulting room.

“Lawyers’ clerks are no longer permitted to loiter around or hang around court premises while anyone in possession of lawyers’ bail bond or in an unauthorised or undignified manner while acting for a legal practitioner shall be dealt with accordingly. The search light shall be beamed on our colleagues who collaborate with Law enforcement officers for referrals. The above will be implemented in Abeokuta immediately while the Branch Code of Conduct Task Force is ordered and authorised to see that all these resolutions are complied with and without delay. The Branch disciplinary committee should brace up.

“Already, we have penciled down the names of some of our colleagues and their clerks, who will serve as examples for others.”

“I am Totally for Death Sentence and Capital Punishment – Justice...