Home Columns Legal Luminary Justice Umezulike in the Eyes of the Law: A Memorial 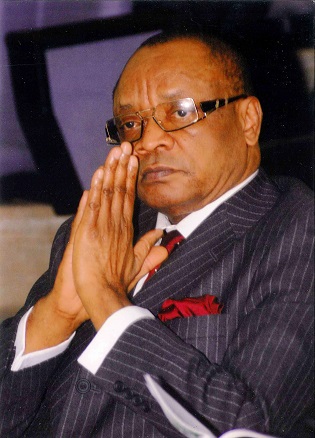 Law, they say, is no respecter of any man, no matter his status, influence, affluence, or authority. The law itself is a delicate authority that does not prevaricate nor undaunted when it sledges its hammer. Its custodian is in a trance, and most often in a macabre of great expectation.

Justice  Innocent Umezulike, understood the demands of the authority bestowed on such a custodian and was prepared for it and upheld the virtues of justice administration until the nature call, which when it came, he swallowed his poison like a Man.

From testimonies of the living, whom he crossed paths with in his 64 years sojourn, Justice Umezulike was not only a good man but an intellectual giant and probably Africa’s most prolific writer on land law, comparable only to another colossus, Prof Ben Nwabueze.

Umezulike was the best, masterly in his knowledge of law, a good and an honest man, whose brain is not lost but dwells in his 23 books.

He is however, irreplaceable in physic and stature.

He was incorruptible despite the glitter of lucre and bobby traps, yet he was hounded by the forces that he resisted their brandish.

At the valedictory court session in his honour on September 27 2018; the crème la crème of both the Bar and the Bench in the Enugu State High Court Auditorium, named after Umezulike, was a testimony of his endearing legacies and his value. Apart from his successor, Chief Justice Ngozi Emehelu that presided, the Supreme Court was represented by Justice C.C Nweze, just as other Chief Justices- Alloy Nwankwo of Ebonyi and Peter Umeadi of Anambra states were also there to pay their last respects.

His successor as Enugu CJ, Justice Emehelu described Umezulike as a judicial octopus and a legal colossus that occupied the Enugu judiciary centre chair for 12 years and remained the longest serving Chief Judge in the South East and South South of the Niger before he retired in 2016. Justice Emehelu recalled how as a practitioner in the bar, she appeared before Justice Umezulike at an Enugu State High Court,  Nsukka over a divorce case but failed to present any marriage certificate to argue her matter. She said she lost the matter which Umezulike after she (Emehelu) became a judge continued to make jokes of her attempt to mesmerize him with her advocacy to find in her favour when she had not proved the essential ingredients that will cloth him with jurisdiction to entertain the matter.