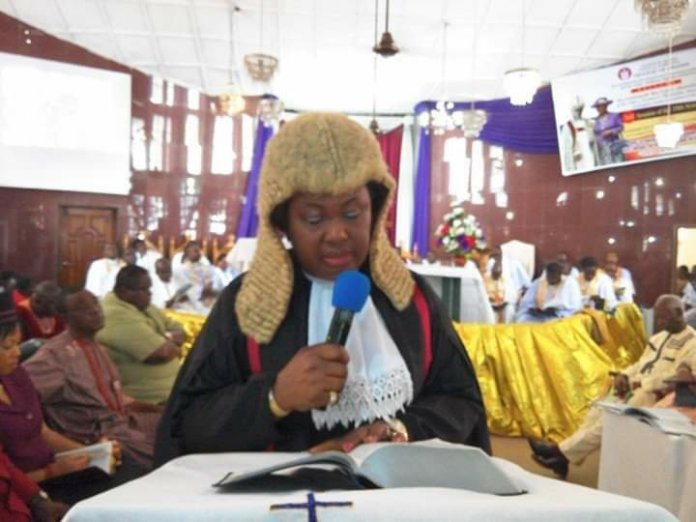 Kidnapped Court of Appeal Justice Chioma Iheme-Nwosu  has been released. She was released on Wednesday night.

No official statement has been issued by the police or any of the law enforcement agencies but the news of her release was broke in a short messaged by the Chairman of the Nigerian Bar Association (NBA) Owerri branch Mr. D.O Nosike.

“Good evening Learned Silks, distinguished seniors and colleagues. It’s with a joyful heart and praises to God Almighty ,that I announce to us all that my Lord, Hon. Justice Chioma Nwosu-Iheme has been released. I thank God Almighty, and all of us, for our steadfastness, support and prayers. I wish to thank the State Government specially, for her immeasurable assistance. Good night all and God bless.”

We had earlier reported that Justice Nwosu-Iheme was kidnapped exactly two weeks ago along the Benin-Agbor road when four fully armed bandits in a Toyota Voltron car intercepted the Sport Utility Vehicle of the judicial officer, killing the police orderly on the spot while the driver died from the gunshots while receiving treatments in the hospital three days after the ugly incident.

It would be recalled that prior to the kidnap incident of the court of appeal judge, on October 22, Abdul Dogo; a judge of the Federal high court, Akure, Ondo state was kidnapped along the Lokoja-Okene bypass while on his way from Abuja to Akure was kidnapped and the abductors demanded the sum of N50 million.