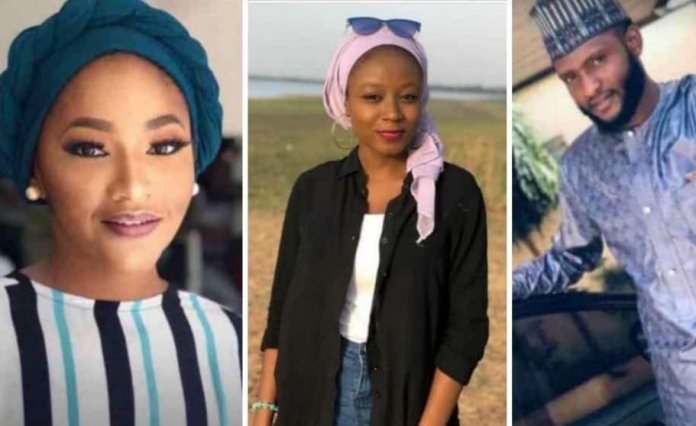 On 27th of August, 2019, we reported to you that three final year law students of Ahmadu Bello University (ABU)Zaria, who are set to graduate in September were kidnapped along Abuja – Kaduna Expressway. Read here

We have confirmation that the three have been released. However, there are conflicting stories regarding their release. While the Kaduna State Police Command is claiming that its operatives rescued the kidnapped students, the families of the students claim the kidnappers released the students after receiving ransoms.

The Command’s Public Relations Officers, DSP Yakubu Sabo, however, said in a press statement issued on Wednesday in Kaduna, that three other persons were still being held by the kidnappers.

“The Command wishes to state that, on the said date, August 26, at about 18:50hrs, Armed Men in Military Uniform intercepted some commuters near Masari Village along Kaduna-Abuja Expressway, opened fire on the vehicles, in the process kidnaped six persons.

“However, due to the prompt response of the Police and other security agents to the scene, three people were later released by the hoodlums due to intensive combing within the general area.”

The statement said the three students alongside the abandoned vehicles at the scene of the incident, were moved to the Police Station.

It assured that concerted efforts were being coordinated by the joint teams of Anti-Kidnapping Unit, PMF and the IRT to rescue the remaining three victims and apprehend the perpetrators.

“The Command wants the public to note that, while regretting the unfortunate incident, the story being circulated on the incident is a gross exaggeration and misrepresentation of fact aimed at causing more fear in the minds of the public.

“Thus, the Command enjoins the general public to jettison such report as a misleading information.

“Consequently, the press should continue to uphold high ethical standard of their profession.”

The command also appealed that all accounts of crimes be verified before publication to avoid sharing falsehood.

“Internet subscribers should also be cautious in sharing stories of questionable sources especially via the social media,” it said. (NAN)

However, a relative of one of the kidnapped students  whose twitter handle is Sadiq Ango has refuted the above report in a tweet saying It took the family 48 long hours of negotiations with the kidnappers to secure the release of their sister after paying the negotiated ransom in full.

Lies… It took us 48 long hours of negotiations with the kidnappers to secure the release of our sister to us, NOT the police. Ransom was paid in full as negotiated with the three families involved. https://t.co/cKwuKJCU2p

We are glad the students are safe and have returned to their families. We also hope that the Federal and State Government would take issues of securities of lives rather more seriously.

Udems` Hints for Academic Excellence (To Help You Excel at Bar...