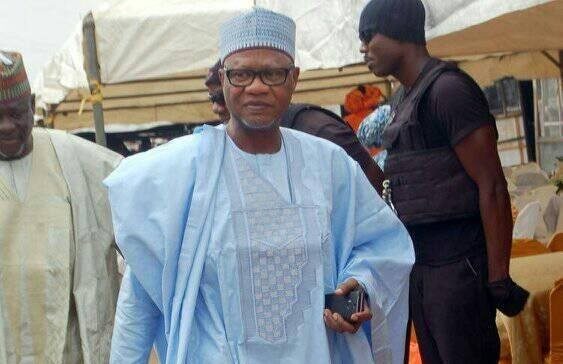 The CJ urged the newly sworn-in judicial officers to shun ethnic, religious or filial considerations in the discharge of their duties.

Said he: “Elections are coming and politics is heavy in the air. You must at all times live above board, shun corruption like a plague, exhibit courage and be independent-minded in all that you do without being arrogant.

As, magistrates and judge, you must steer away from the political arena so that the dust of the fray will not becloud your perception of the facts and issues placed before you for adjudication.

“It is only by so doing that justice will not only be done but will be seen to have been truly done.”

“Another reason why today’s event is unique is that the newly sworn-in magistrates are the first set of officers in the history of the state judiciary to be appointed as legal research assistants, in which capacity they have spent over four years on attachment to High Court judges and chief magistrates, charged with the responsibility of
conducting legal research works and writing opinions on legal issues.

“After being appointed as magistrates, they served four-month pupilage under seasoned senior magistrates. I am confident and delighted to say that this set of magistrates have been sufficiently trained, mentored and are therefore the most prepared to take up the responsibility of adjudication in the lower courts.

“Today’s oath-taking ceremony is indeed a weighty and binding covenant between you and your God, to do justice to all manner of people without fear or favour, ill will or affection, for which you shall be called to render account on the day of judgment. I, therefore, urge you to be scrupulous in the discharge of your duties.”

Politicians Use Judiciary as Platform for Supremacy Tussle – Ogunye