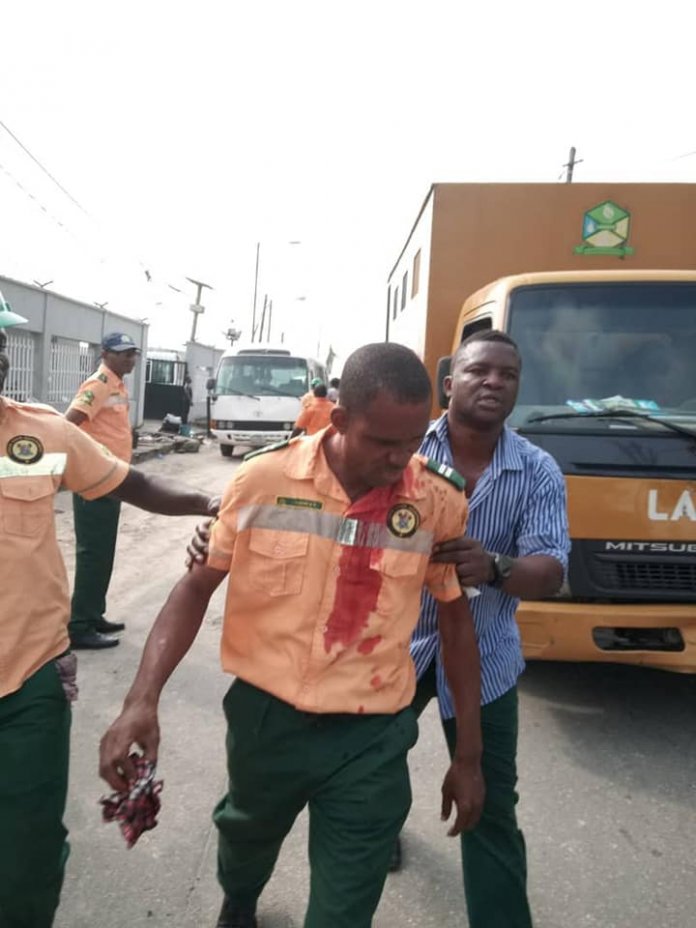 Operatives of the Lagos State Environmental Sanitation Corps (LAGESC) and staff of the Federal High Court Lagos  are trading blame over a clash between the parties which left some persons reportedly injured.

In a separate statement, LAGESC claims that six of its staff were injured by the Federal High Court officials while the later claims that about fifty officials of the State Environmental Tax Force invaded the Court, manhandled four of its staff and injured a staff of the Court.

Giving their own account, the Federal High Court stated

Although their mission was not disclosed, every effort to stop them by security officers of the court was resisted. This led to fracas and stampede as staff and passers bye run for safety.

In the violence that ensued, a court staff simply called Nusuru was allegedly stabbed by one of the Task Force men. The victim was rushed to Ikoyi Police Hospital for treatment.

The incident started about 3:10pm. Four members of staff of the court were allegedly manhandled by the task force boys.”

On its part, LAGESC in a statement published on the official facebook page of the Lagos State Government stated;

The exercise, which is part of the Governor’s mandate to clear the State of all environmental nuisance and infractions such as street trading on walk ways/setbacks as well as erection of illegal shanties across the State, was led by the Deputy Corps Marshal in charge of Operations, Mr. Ganiu Kazeem and Deputy Corps Marshal, Discipline and Staff Welfare, Mr. Adeleke Adeeso.

During the exercise, staff of the Federal High Court who were known to patronise the street traders obstructed the operatives while dislodging the street traders who had earlier been given several notices to vacate the location due to blockage of drainage channels.
Kazeem explained that the team arrived at the scene of the incident at about 1:45 pm but were attacked by staff of the Federal High Court with the support of private security personnel, hurling stones, iron rods, broken bottles and cutlasses and leaving members of the enforcement team injured.

He maintained that the operation had nothing to do with the staff of the Court but it was discovered that the hawkers were paying rent to the private security of the Court thereby necessitating the intervention by court personnel.

The Deputy Corp Marshal confirmed that some of suspects were arrested during the fracas, while the case was also immediately reported at the Ikoyi Police Station for further investigation, advising Lagosians to comply with the laws on street trading as the government would no longer tolerate the slightest attack on any enforcement personnel.

The injured enforcement officers include; Oyedokun Samson (driver), Iwatan Oluwa Seun, Riwatan Oluwatobi and Shipeolu Babatunde and are currently receiving treatment while one of them who was stabbed in the neck is still in critical condition. 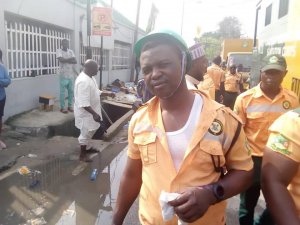 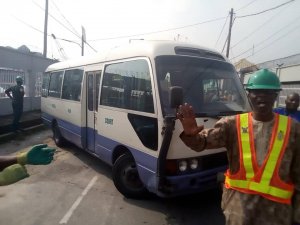 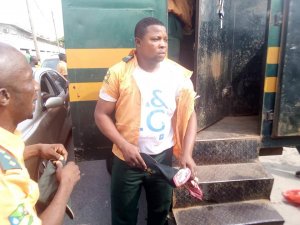 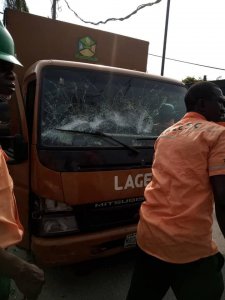 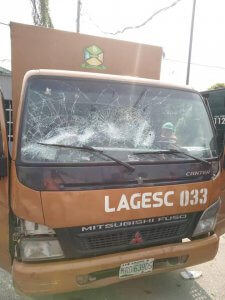 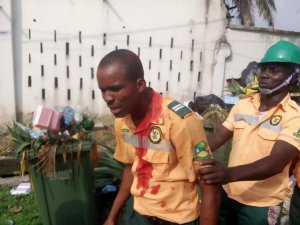