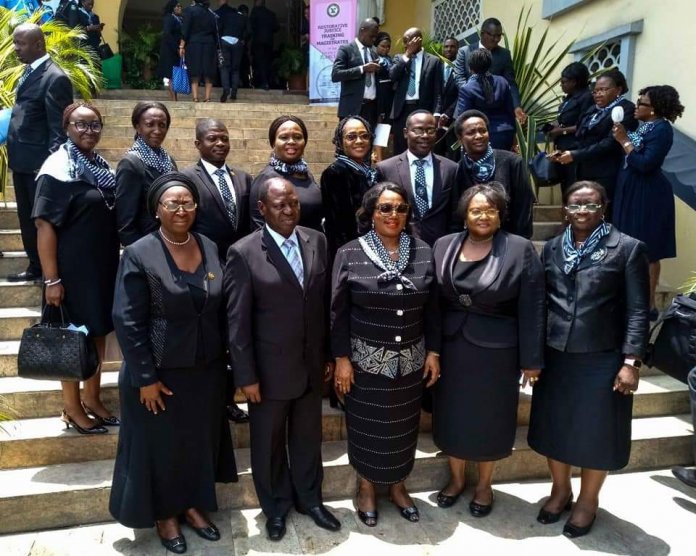 Justice Oke, who is the Patron of the national body, remarked that the magisterial bench had over the years witnessed an exodus of great men and women who rose to the peak of the legal profession.

She said that the role of magistrates in the delivery of justice must not be compromised, urging the executives of the association to live above board being members of the third organ of government and administrators of justice.

The Chief Judge advised the new executives to continue to display the hallmarks of professionalism, effectiveness and efficiency in line with the Vision, Mission and Commitment Statement of the Lagos State Judiciary.

Exhibiting these hallmarks, according to Oke, will show the Lagos State Judiciary as one that epitomises discipline, dignity, honour, zeal for results and excellence.

She expressed confidence in the new exco led by its Chairman, Chief Magistrate Adejumoke Olagbegi-Adelabu, whom she described as one of the most hard-working Magistrates in the Lagos State Judiciary and one whose integrity is not in doubt.

“During last year, Her Honour, Chief Magistrate Olagbegi-Adelabu was part of the team of Magistrates that contributed in no small way to the overall success of the Lagos State Judiciary by effectively and efficiently performing their duties. The crop of Magistrates who are taking the oath of office today as Chairman and members of the executive committee of the Magistrates Association of Nigeria, Lagos State Branch, are indeed worthy to be emulated” the Chief Judge affirmed.