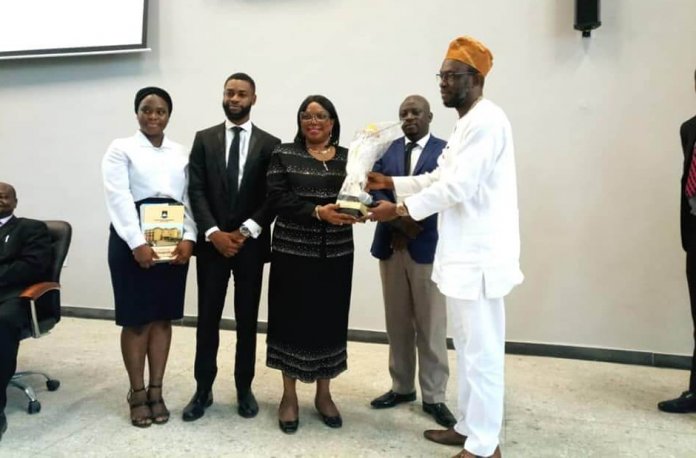 In her lecture which centered on motivating the young aspiring lawyers, she stated that  Law is fundamental to every aspect of life. and noted that to go through life without the knowledge of the Law is to be half blind or half dead.

The aim of the Lecture is to mentor the Students to be the best in their career. To build a good reputation, Legal Practitioners and Judicial Officers must have integrity, live by their Oath of Office and act within their Code of Conduct.

Oke highlighted her journey in her career, some of her achievements and entertained questions from the Students on different issues relating the Legal profession.

His Lordship informed the students that the Lagos State Judiciary through the Lagos State Civil Procedure Rules 2019 has taken a firm action to curb the unnecessary delays in the administration of Justice in Lagos State. She said lawyers who aid the delay of cases in courts by filing frivolous applications would be fined a minimum of N100,000.She also said that lawyers, who fail to file applications within the time allowed by law, would pay N1,000 for each day they defaulted.

Justice Oke said the fines were contained in the 2019 Lagos court rules put together to fast-track justice delivery and decongest the prisons.She, however, expressed disappointment that some lawyers on account of the rules have taken her to court, adding that she is not bothered by the legal action since the Bar has the opportunity of sending memorandum on time during the work of the committee that produced the rules.

ALSO READ   Court orders remand of 4 in Ikoyi prisons for clubbing man to death
The CJ,  also allayed the fears of female Muslim students over the wearing of hijab during the call to Bar ceremonies.She stated such discrimination no longer exist in Lagos State.

She enjoined all Students  to be diligent, hardworking and know their strengths in order to be successful and to impact the society.

The Vice Chancellor of the university, Prof. Olanrewaju Fagbohun, commended the CJ for honouring the invitation and embarking on various reforms in Lagos judiciary.Also, the Dean, Faculty of Law, Prof. Funminiyi Adeleke, in his vote of thanks, expressed gratitude to the CJ and appealed to her to continue to make herself available to the university whenever her attention is needed.

CLE Propose Adoption of 2.1 as Minimum Qualification for Law School...