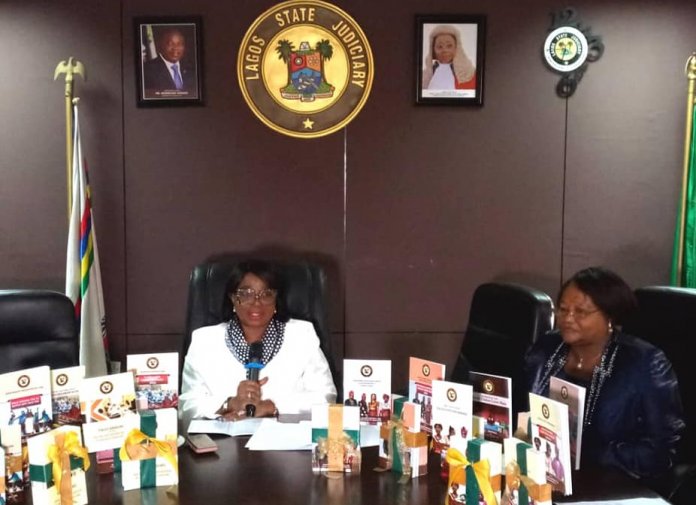 Speaking today at the launching of the translated versions, at the High Court Ikeja, the Chief Judge of Lagos State, Honourable Justice Opeyemi Oke stated that the Small Claims Court has in the last one year operated as the Fast Track Commercial Division of the Magistrate Court in Lagos State.

She stated that to further encourage inclusiveness and greater access to the Small Claims Court by Litigants that are not literate in English, the Practice Direction has been translated into Five Local Languages – Yoruba, Ibo, Hausa, Egun and Pidgin English by Judges of the High Court of Lagos State.

She noted that the Policy Guidelines for the Day-to-Day Administration within Lagos State Judiciary will assist Members of Staff to be more effective in their official duties as well as effectively serve the good people of Lagos State.

On 23rd April, 2018, the Lagos State Chief Judge in conjunction with the Presidential Enabling Business Environment Council (PEBEC) a world bank initiative under the office of the VP designated 15 magistrates courts in Lagos State as Small Claims Courts with the objectives of providing easy access to an informal, inexpensive and speedy resolution of small  debt recovery disputes in the magistrates courts of claims not exceeding 5million naira.

ALSO READ   Have You Activated Your LawPavilion Primsol? Hurry Before Time Elapses!