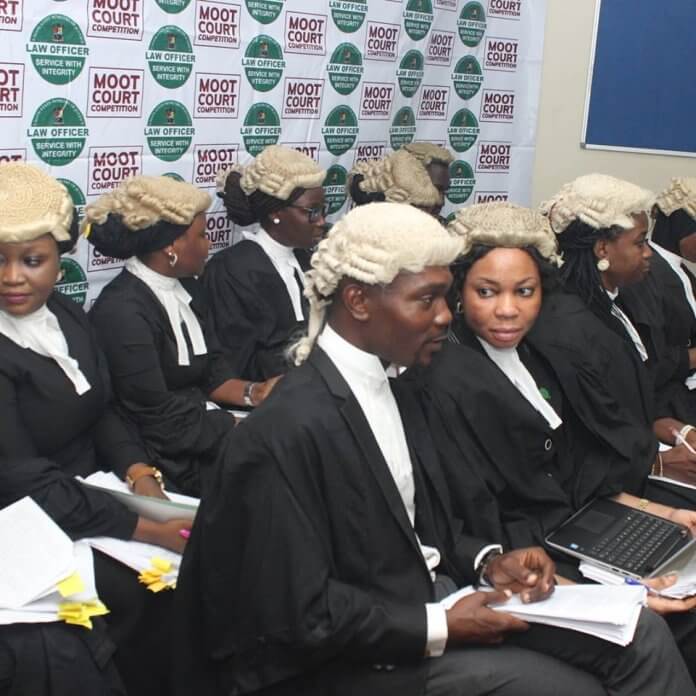 Mrs. Odunlami disclosed this in her keynote address at the second edition of the Moot Court Session held for State Counsel today at the Folarin Coker Staff Clinic Hall, the Secretariat, Alausa, Ikeja.

She explained that a Moot Court, which is a Mock Court in which lawyers argue imaginary cases for practise, will allow the participants take part in simulated or arbitrary proceedings usually involving drafting memoranda or participating in oral argument.

According to Odunlami, “It is hoped that you will gain something worthwhile from the Moot Court Competition. But more importantly, l want to enjoin you to see the programme as preparation to be a better State Counsel and not just for competition and entertainment alone”.

She also implored the State Counsel comprising of Legal Officers from the State Ministry to aspire to be more professional in the discharge of their duties.

The Permanent Secretary, however, commended the Legal Officers for putting in so much time and efforts in preparing for the programme, urging them to always pay attention to details, exude confidence when asked questions and also be professionally prepared for unexpected issues raised during court sessions.

Among the issues raised at the Moot Court competition, where the Directorates of Citizens Mediation Centre and Civil Litigation jointly came first were Bail Application, Stay of Proceeding, No case Submission, Plea Bargain, Jurisdiction, Computer Generated Evidence and Prima Facie.

NBA: Notice of withdrawal of Proposed Amendment to the NBA Constitution...

Drama As Defendant Excretes Inside Dock