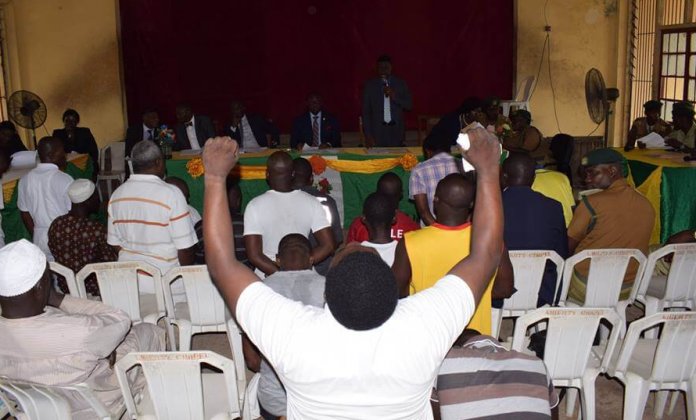 The Lagos State Government, through the Advisory Council on Prerogative of Mercy, on Friday pardoned 14 inmates of the Maximum Security Prison in Kirikiri who have been imprisoned for over 20 years for various offences, while 20 others on death row had their punishment converted to life imprisonment.

Speaking while handing over the order for the release of the inmates signed by Governor Akinwunmi Ambode to prison authorities, the State’s Attorney General and Commissioner for Justice, Mr Adeniji Kazeem (SAN) said the development was pursuant to Constitutional provision which provided for the constitution of an Advisory Council and granted the governor power to grant clemency to convicted persons on the advice of the Council.

“Prerogative of Mercy is a right recognised under the 1999 Constitution of the Federal Republic of Nigeria (as amended); Section 212(2) of the Constitution provides that the powers conferred on the Governor under Section 212(1) shall be exercised by him after consultation with the Advisory Council of the State on the Prerogative of Mercy as may be established by the Law of the State,” Kazeem stated.

He said the inmates were considered to benefit from the prerogative of mercy after due examination of their case files, which revealed that they had been reformed and ready for re-integration into the society.

Kazeem, who is also a member of the Council, specifically congratulated the inmates, and advised them to be of good conduct outside the prison.

Also speaking, Chairman of the Council, Prof. Oyelowo Oyewo said aside its power under the Constitution, the setting up of the Council also served as a way of decongesting the prisons.

He equally congratulated the beneficiaries of the clemency by the Governor, and urged them to avoid acts that led them into prison in the first place.

On his part, the Controller of Prison in charge of Kirikiri Maximum Prison, DCP Emmanuel Oluwaniyi commended the State Government, especially the State’s Attorney General and Commissioner for Justice for the efforts to decongest the prison.

Oluwaniyi, who was newly deployed to the State, said it was particularly gratifying that he was beginning his stewardship in the State on a good note with the release of inmates who were due to be re-integrated into the society, just as he equally admonished them to be of good conduct outside the prison.

My Trial was Pure Display of Naked Power by Magu –...