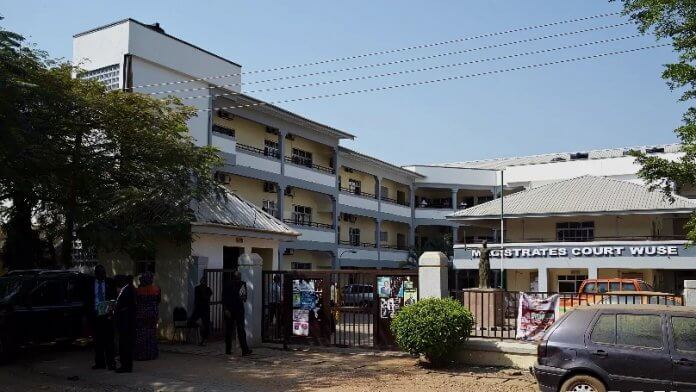 The police on Monday arraigned an Abuja-based lawyer Kanu Godwin and his wife Adaku in a  Wuse Zone II Magistrates’ Court, for allegedly assaulting a court bailiff while on duty.

The police charged Godwin and Adaku, of suit 8, Wuse Zone 4, Abuja, with three counts of joint act, assault and resisting take over of property by lawful authority.

The prosecutor, Adeniyi Oyeyemi, told the court that the defendants committed the alleged offence on February 6.

He said that one Abdulsalam Maji of Federal Capital Territory High Court Maitama, Abuja reported the matter at the station.

He said that the complainant reported that while on official duty to serve court order at the defendant’s residence, the defendant and his wife attacked him and beat him up.

He said that the offence contravened the provisions of sections 79,285 and 144 of the Penal Code.

The defendants, however, pleaded not guilty to the charges.

The Chief Magistrate, Raphael Egbe, admitted the defendants to bail in the sum of N100, 000 each with two surety each  in like sum.

He adjourned the case until March 8 for hearing.