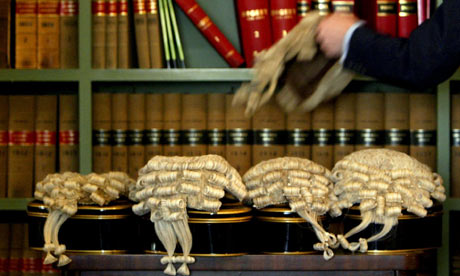 Some lawyers in the Federal Capital Territory have called for the establishment of special courts to handle election petitions, instead of pulling judges away from regular courts to handle such cases.

The lawyers made the call on Monday in separate interviews with News Agency of Nigeria in Abuja.

“Pulling judges away from regular courts always affects the operations of the courts, leading to the piling up of cases in the courts. This, in essence, underscores the need for special courts to handle all election matters.

“The special courts can be called constitutional courts. These courts can be given additional jurisdictions; when election petitions are done with, they can do other things. However, when it is an election year, they will concentrate mainly on election matters,” he said.

Raji, however, noted that paucity of resources to fund the special courts might turn out to be a drawback.

“There could be a funding challenge, but we just have to manage what we have and hope that the electoral process will soon improve and there would be less and less petitions, as we have in other climes,” he added.

Also speaking, Mr Alexander Onwulata noted that judges were already overworked, adding, therefore, that the establishment of special courts for election petitions would reduce the judges’ workload, while improving the electoral process.

“Judges are already overworked at the moment because it is only in Nigeria that a judge handles up to 17 cases in a day; this is not so in other countries.
“Imagine that a judge already has such a caseload and then, you add more cases to his schedule because another judge has been pulled out to oversee an election petition tribunal and yet, justice has to be dispensed.

She, however, noted that if politicians, political parties and all those involved in the electoral processes followed the stipulated guidelines for elections, there would be little or no need for election petition tribunals.

“The major reason why the need for the tribunal arises is because some politicians refuse to accept defeat, while others do not allow the winners to enjoy their victory.

“If the electoral process is transparent enough, I believe that every loser will understand why they lost and prepare better for subsequent elections, rather than heading to the tribunal,” she said.

Okechukwu called on politicians and the electoral umpires to abide by the provisions of the Electoral Act, adding that the electorate should also be wary of the machinations of some deceitful politicians.