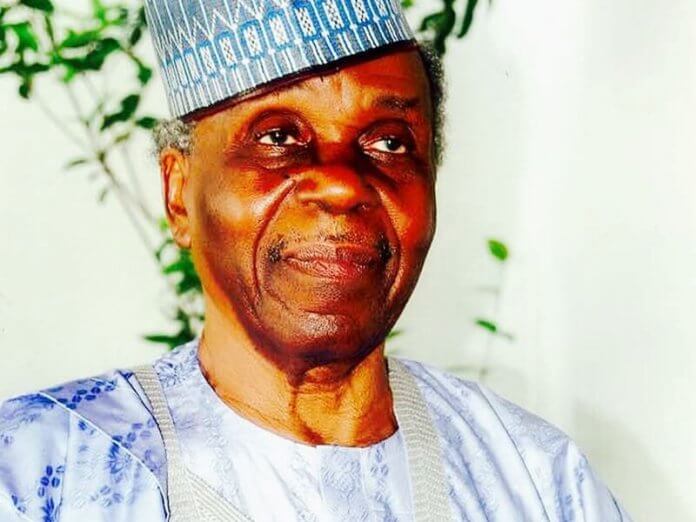 He is a complete symbol of Nigeria unity as his sojourn in life traversed all geopolitical zones of Nigeria. Born in Onitsha, the present Anambra State in South-East, had secondary education in Buguma in today’s South-South, he attended the University of Ibadan, Ibadan and lived and worked in Lagos both in the South-West, launched his legal trajectory in Kaduna and Zaria in North-West, his legal practices and political excursion propelled him to Maiduguri in the North-East where he was made the National Legal Adviser of the then Northern People’s Congress(NPC)and he hailed from Ilorin, the capital of Kwara State in the North-Central.

He was among the pioneer students who were first admitted into the Nigerian Premier University, the University of Ibadan. Upon completing his studies at the then University College, Ibadan, the pioneer Lawyer of Northern Nigerian origin went to the Great Britain where he obtained Master’s degree in History, Post-Graduate Diploma in Education and L.LB. He was called to the bar in February,1955 and thereby preceding his fellow Northerners such as Mohammad Bello (1930-1998) and Mamman Nasir (born 1927) as well as Justice Buba Ardo who were admitted into the bar some months after him. The three gentlemen eventually had distinguished careers as jurists. Mohammed Bello was the Chief Justice of Nigeria between 1987 and 1995, Buba Ardo retired as a Supreme  Court Judge while Mamman Nasir, the Galadiman Katsina and District Head of Malufashi, retired as the President of the Court of Appeal in 1992.

The class to which Alhaji AbdulGaniyu Folorunsho AbdulRazak belongs is almost depleted. He was one of the young and educated Nigerians who confederated with the elderly Nationalists to secure independence for Nigeria in 1960. He was a Nigerian Ambassador to Coye D’Ivoire, Minister in charge of Railways in the First Republic. He was the Chairman of the Body of Benchers, President of Nigerian Stock Exchange. He was the first National Legal Adviser of the Northern People’s Congress (NPC) on the eve of the country’s independence, the position he held throughout the country’s First Republic.

The contributions of Alhaji A.G.F.AbdulRazak are many. He was a thorough Nationalist who used his vast knowledge of the law as a weapon to end colonialism. He participated in several constitutional conferences within and outside Nigeria. His performance astonished many leading Nationalists of his time so well that he was seen as the engine-room of the successive Northern Nigerian delegations to those conferences. He was also the leading opposition figure to the attempt at restructuring the then Ilorin province to the Western Region. AbdulRazak, in his youth, was a great Orator, classical Diplomat and outstanding Intellectual who used his versed and vast knowledge and exposure for the progress of his people.

When Alhaji AbdulRazak observed the problem his people faced in securing Secondary School admission for their children and wards, he single-handedly established the then Ilorin College, Ilorin, in I967 at Adewole Area of Ilorin. The school is now called Government High School, Ilorin, following its take-over by the Government of Kwara State.

He was the main lawyer of the first Republic ruling political party, the Northern People’s Congress between 1956 & 1966. He also represented the Ilorin Province before the Willnk Commission of Enquiry which probed the fears of domination by the bigger ethnic nationalities in 1958. He was the one who argued against the attempt to merge Ilorin Province with the defunct Western Region as vigorously pursued by Awolowo and his political allies. He was a Lawyer to Dr. Olusola Saraki during his prolonged legal battle against Chief Nathaniel Kotoye over the ownership of the controlling shares in the defunct Societe Generale Bank in the 1980s before Chief Frederick Rotimi Alade Williams took over Saraki representation from him. He was as well the Legal Adviser to the second Republic Great Nigerian People’s Party (G.N.P.P). One other historical role he played was being the man who recorded the minutes of the meeting of remnants of the first Republic Council of Ministers which eventuated in the invitation of Major General Aguiyi Ironsi, the then General Officer Commanding the Nigerian Army, to form Government of the federation following the assassination of the main leaders of the first Republic.

Another area in which AbdulRazak creditably served included the Chairman of the organizing committee of the Kwara State Industrial Development Fund which was launched in Lagos in 1985. His contributions can also be seen in being the rallying figure of the people of Kwara State wherever he sojourned. When he lived in Zaria, he was a father-figure to Ilorin people. He was also the Chairman of the Ilorin Emirate Development Committee in Lagos in the mid-1990s. AbdulRazak’s participation in political mentorship and participation is also wonderful.  He has served the country in several capacities since 1955 when he became a Lawyer and Public Figure. Apart from the several appointments he held, he also contested the Governorship of Kwara State in 1979 on the platform of the defunct Great Nigeria People’s Party. He was also a member of the 49 wise-men which mid-wived the Presidential system of Government in Nigeria. The caliber of the alumni of the school he established is a great plus to his attainments just as the caliber and contributions of his biological offsprings to national development.

He is married to Alhaja Raliat AbdulRazak, the mother of his children, who is also the first female Councilor in Northern Nigeria and the first female to drive a car all-over the North of the Niger.