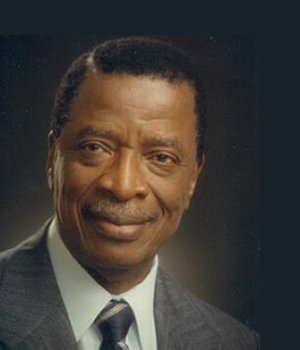 Christopher Oladipo Ogunbajo was born on 14th December, 1923 in Erunwon-Ijebu Ijebu Ode, Ogun State, Nigeria. He is the son of a clergyman and attended St. Phillips Primary School, Oduduwa College, Ile-Ife and Igbobi College, Lagos before obtaining a Law degree from the London University in 1949. In 1950, he was called to the Bar in Lincoln’s Inn. That same year, he was enrolled as Barrister and Solicitor of the Supreme Court of Nigeria.

He started Legal Practice in 1950 as a partner in a law firm then known as Michael, Chris & Samuel (made up of Michael Odesanya, now a retired judge, the late Chief Samuel Akintola, former Premier of Western Nigeria and Chief Christopher Ogunbanjo). The office was situated at Tinubu Square in the heart of Lagos. However by mutual consent, the firm was dissolved in 1961, paving the way for the establishment of Chris Ogunbanjo and Co. with him as the Principal partner. His law firm was primarily a Commercial Law firm and is perhaps, the biggest in this field in Nigeria.

Chief Ogunbanjo is highly reputed for his exploits in Maritime and Commercial Law practice, and  remains a reference point to younger lawyers, who call him the doyen of Maritime Law and Admiralty Law Practice. His law firm, Chris Ogunbanjo & Company, is a correspondent firm to many international law firms doing business in Nigeria.

The reputation of the firm facilitated the nomination of Chief Chris Ogunbanjo as the retainer Solicitor for the Nigerian Industrial Development Bank in 1962. Chief Ogunbanjo’s business interests in glass production, banking, insurance, pharmaceuticals, food, paper conversion and others justified the reference to him as a Captain of industry.

The firm has been a breeding ground for many successful lawyers in Nigerian legal practice, foremost are George Etomi, Pioneer Chairman Business law Section of the Nigerian Bar Association,  Asue Igbodalo of Banwo & Igbodalo, the former Attorney-General of Lagos State and Life Bencher Mrs. H.A. Balogun, O.O.N, the late Chief .E.A. Idowu SAN amongst others.

His  deep knowledge of Maritime Law led to his choice on many occasions as a leader of the country’s delegation to several international conferences on Maritime Law These countries include Canada, Italy, France and the then Soviet Union.

As a business leader in Nigeria, he has been an articulate spokesman for the organised private sector and has over the years displayed good judgment in his various comments on the direction of the Nigerian economy. Chief Chris Ogunbanjo has served Nigeria in various public capacities.  These include but are not limited to: