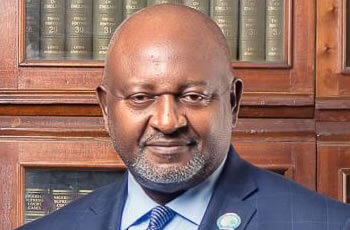 Onueze Chukwujinka Joe Okocha, MFR, SAN, JP, DSSRS was born on the 29th of June 1953. He attended College of Immaculate Conception (CIC) Enugu and Government Comprehensive Secondary School Port Harcourt. He is a proud alumnus of both the prestigious University of Ife, Ile-Ife (now the Obafemi Awolowo University, Ile-Ife), where he obtained his LLB in 1977, and the University College London (UCL) of the University Of London, United Kingdom, where he obtained his LLM in 1980. He was called to the Bar in Nigeria in 1978. He became a Notary Public of Nigeria in 1989 and was conferred with the rank of Senior Advocate of Nigeria (SAN) in 1995. In 2004, He was awarded the distinguished National Honour of Member of the Order of the Federal Republic of Nigeria (MFR).

OCJ as he is fondly called is renowned for his expertise in general litigation, property law litigation and oil compensation claims. He is the Founder and Managing Solicitor of the Law Firm of Okocha & Okocha.

A former Attorney-General and Commissioner for Justice of Rivers State, he is also a Life Member of the Honourable Body of Benchers (the highest body of excellence in the Legal Profession in Nigeria, which is charged with the statutory responsibility of admitting Lawyers to the Nigerian Bar) as well as a former member of the National Judicial Council (NJC) and Chairman of the Council of Legal Education.

He has also published several articles on general litigation and other aspects of law. In his spare time, he enjoys travelling and watching movies.

OCJ Okocha is married to Mrs. Ifeoma Okocha and their marriage is blessed with children.