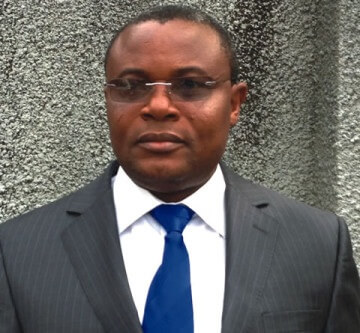 THE Economic and Financial Crimes Commission (EFCC) yesterday seized the international passport of a Senior Advocate of Nigeria(SAN), Mr. Joe Agi, who is being investigated for allegedly paying $30,000 into a domiciliary account of the suspended Chief Justice of Nigeria, Justice Walter Onnoghen. The passport seizure is aimed at ensuring that he does not leave the country until the conclusion of his case.

Although Agi was granted bail yesterday by the EFCC, he has another date with the agency on Monday for further interrogation, The Nation gathered. Yesterday, detectives continued their scrutiny of the lawyer’s bank accounts and some documents retrieved from his residence when a search warrant was executed.

The EFCC is also on the trail of a vital suspect said to have questions to answer in respect of the payments into Onnoghen’s accounts. The suspect’s name is being kept secret for security reasons. A reliable source who confirmed Agi’s passport seizure said: “one of the conditions for admitting Agi to bail was the depositing of his international passport in order to restrict him from leaving the country.

“We have directed him to report to the EFCC intermittently, as may be scheduled, from Monday for more interrogation.

“Although Agi has made a useful statement, our detectives are currently screening his accounts following fresh clues with regards to his relationship with the CJN. “We have demanded for comprehensive details of Agi’s accounts and transactions which might take time to analyze or clarify with the suspect.

“The SAN has told our detectives that the CJN is his brother having come from Cross River State together.” For much of yesterday, detectives analyzed the documents retrieved from Agi’s Abuja residence. The source added: “We have isolated some issues for Agi to respond to when he comes around for another grilling. We are sieving some documents  on which he ought to shed more light.”

Sources also said the EFCC team was on the trail of another suspect linked with the deposit. “We are hopeful that we will be able to locate and interact with this suspect in the next few days, “ the source said. Apart from the $30000 payment, detectives also said the SAN was Onnoghen’s referee when the suspended CJN was in the process of opening one of the domiciliary accounts traced to him.

Agi is the first suspect linked with some suspicious lodgments in Onnoghen’s accounts, which were effected between 2012 and 2016. The lodgments, amounting to $3million in five accounts,  were undeclared in the Assets Declaration Form of Onnoghen.

The money was used to make payment of 41 Million to the Ad hoc Committee on the Sale of Federal Government Houses, suggesting that he bought a property with proceeds of the transfer; “The only other significant transactions in the accounts are six structured cash payments of N500,000.00 each and one payment of N700,000.00 amounting to N3.7 million from November, 2013 to August, 2016.”